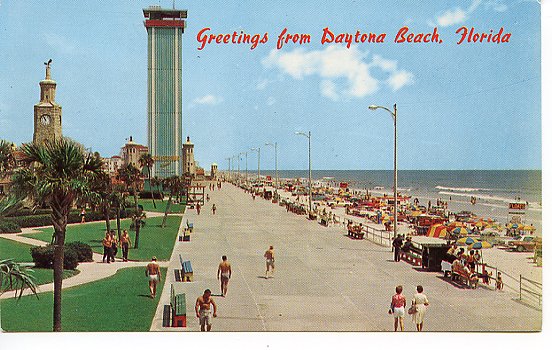 I recently had an enlightening conversation with an old friend of mine, someone “in the know” around the Halifax area, who has more than passing access to some of the “Rich & Powerful” I take to the woodshed from time-to-time.

My friend remarked how disliked Barker’s View has become in our local Halls of Power.

Following our discussion, a mutual friend recalled how one of our local V.I.Ps recently suggested he remove a silly Barker’s View bumper sticker from his car – least he be openly associated with my twaddle.

I’m told the hint to strip the decal was accompanied by an oh so disapproving shake of the head. . .

The Big Shots complain that my opinions are inaccurate and mean-spirited (especially when their individual Ox is the one being gored).

Apparently, a retired nobody sitting around in his boxer shorts tapping out a blog can cause certain High Panjandrums of Political Power to sulk-about with long-faces, caterwauling about how the “negativity” of my goofy editorials somehow “brings down” Volusia County in the eyes of potential visitors and entrepreneurs.

Let’s face it, parts of east Volusia County have taken on the appearance of a squalid Third World shithole with an overpowering sense of hopelessness and despair – real visual and pervasive gloom that continues to destroy our “tourist-based” economy – and is actively ruining the reputation of a once vibrant vacation destination.

But all of that is conveniently lost on those who are well-paid to care.

Rather than face the very graphic facts, and use their power and influence for positive change, they bitch that my silly blog has become the turd in the punch bowl at this weird “feel-good soiree” that our elected officials use as a perennial distraction from all that troubles us.

Look, I never claimed this forum was politically correct – it is one disturbed little man’s opinions on the news and newsmakers of the day – and, perhaps more important, it remains the only alternative opinion in the region.

Most often, this space helps expose the absurdities of a closed system that continues to serve the influential few at the expense of those who pay the bills and struggle mightily to make a life here.

But don’t take my word for it.

After all, a well-formed opinion requires an examination of all sides of the issue at hand.

I read the Daytona Beach News-Journal with a jaundiced eye – alternately screaming at the top of my lungs and decrying the latest yammering from some real estate marketing hack telling us all how great we have it on the pages of the Business section – or shooting my morning Café Bustelo and bourbon through my nose and reeling in utter shock at the latest vicious bullshit coming out of the Volusia County Council chambers.

For instance, this morning the headline – front page above the fold – announced the excellent reportage of Jim Abbot in a piece entitled, “Daytona’s tourist slogan: ‘Wide Open Fun’ – Tourism officials banking on new phrase to lure more vacationers to city.

Well, Mr. Abbot was partially right – someone’s hauling it to the bank.

In the most ludicrous public policy decision since – I dunno – the county council voted to raise beach access fees for out-of-town visitors (you know, “tourists”) to $25 and effectively price a day at the beach out of the financial reach of many Central Florida families – this week our “tourism leaders” agreed to pay a South Carolina-based advertising firm $200,000 (which includes a $44,375 monthly retainer) for the contrived marketing slogan, “Wide Open Fun.”

In addition, the Daytona Beach Convention and Visitors Bureau engaged Evelyn Fine of Mid-Florida Marketing, the same person who has been telling our “tourist leaders” what they want to hear for decades – in consideration of $54,000 annually – to conduct focus groups to rate the effectiveness of our new catchphrase in Miami, Orlando and Atlanta.

You may recall that earlier this year, Ms. Fine blathered that in her professional opinion, “There’s a big disconnect between people who come here and are very satisfied, and are comfortable with cars on the beach because they’ve learned to accommodate it and learned to live with it, versus those people that have no vision of how their children and cars can coexist on a beach.”

According to Fine, it’s beach driving – coupled with some weird theory of a “lingering stigma” from Spring Break past (an event that’s been dead and buried for decades) – as to why people no longer flock to the “World’s Most Famous Beach” – but I’m still confused as to how a grossly expensive three-word tag is going to change all that?

Wait!  The World’s Most Famous Beach!

Now there’s a tried and true motto that folks in the Heartland can get their heads around!

As I understand it, the phrase has been luring vacationers to our area since the early 1900’s.

Local legend has it that the late Daytona Beach city commissioner, Don Burgman, found a brochure in the family print shop dating from 1919 which contained the phrase “World’s Famous Ocean Beach.”

But when did that ever stop our local officials from snatching defeat from the jaws of success?

In a prescient 2014 piece extolling the virtues of our “Most Famous Beach” moniker, the News-Journal’s esteemed columnist Mark Lane wrote:

“Some laugh at an antique slogan like that but consider: Every alternative that’s been tried has fallen flat.  “South’s Summer Playground,” “The Fun Coast,” “Big Beach, Big Fun,” “It’s Cooler in Daytona Beach,” the more-a-warning-than-a-boast “Atlantic City of the South,” and that most recent, too-clever-by-half entry, “Seize The Daytona” – nothing else has come close.  Nothing has made the leap from advertising to postcards.  Nothing else looks as cool on a sign.  Nothing else has been embraced by people who actually live here.”

In my view, why not stick with what works?

Why not embrace and build upon a proven brand that has become synonymous with the Daytona Beach Resort Area for nearly one hundred years?

I guess it could be worse – the alternatives proposed by our new high-dollar marketing firm included:

“Vacation Outside the Lines” (?), and “Dare to Daytona Beach!”

But what the hell do I know.

If you’ve ever wondered what goes on day-to-day in the corner offices of our “tourism leaders” and “economic development” experts – or have questioned the decision-making apparatus they employ when spending our cash – just reread today’s headline.

Folks, as Mr. Lane so eloquently said – when it comes to marketing the Halifax area – every stratospherically expensive watchword has fallen flat.

So, why does the Halifax Area Advertising Authority continue to return down the same costly rabbit hole – over-and-over again – all while expecting a different result from yet another out-of-state advertising firm?

And I’m part of the problem?