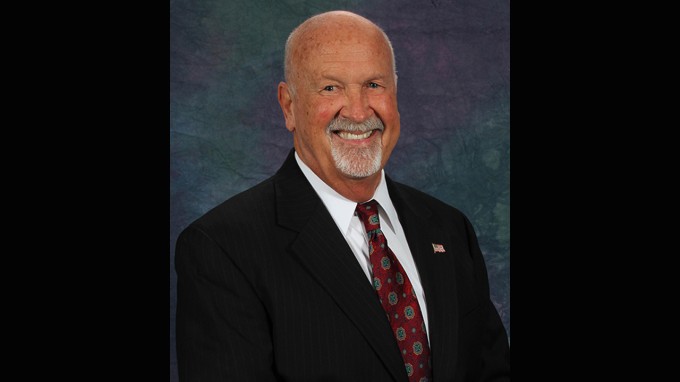 I take a lot of heat for my often-irreverent take on the state of our political “leadership” here on Florida’s fabled Fun Coast.

Admittedly – I deserve most of it.

But no one with two synapses still firing can argue that what transpired at this weeks Volusia County Council meeting was anything less than a good old-fashioned shit show.

In fact, it was an embarrassment to good governance everywhere – a parliamentary nightmare that marks the nadir of our doddering fool of a County Chair, Ed Kelley’s, abysmal reign at the helm of this rudderless ship of fools.

Don’t take my word for it – take a strong antiemetic and listen to the archived recording online.

After all, you paid for the entertainment. . .

From Councilwoman Weak Billie Wheeler’s cheap politicization of a request by the Minority Elected Officials of Volusia County for sponsorship of a gala honoring long-time public servant Joyce Cusack – which included much-needed financial assistance for the future Joyce M. Cusack Spring Hill Resource Center in DeLand – to Old Ed’s mean-spirited spitting and sparring with Councilwoman Heather Post over his repeated attempts to avoid even discussing improving pay and benefits for our hard-working Emergency Telecommunicators, it was one for the record books.

The Cusack sponsorship motion failed 5-2 after Weak Billie accused the MEO of fielding a candidate to run against her during the next election – before suggesting that the non-profit organization that focuses on developing resources for disadvantaged communities and ensuring fair treatment of historically underrepresented constituencies (which, at this point, includes every taxpayer in Volusia County) is a “political action committee.”

Not to be upstaged, Chairman Kelley was quick to pile-on, besmirching the MEO as a PAC and claiming that county sponsorship of Ms. Cusack’s much-deserved recognition – and public support of the good work of the Spring Hill Resource Center – was akin to a “political endorsement.”

Only Ms. Post and Councilwoman Girtman – who serves as co-chair of the MEO – voted to approve the measure.

I found the whole dynamic strange – given the fact that the Volusia County Council annually gives away a small fortune of our money to every pet cause, rubber chicken banquet and not-for-profit with their hand out.

For instance, just last year, you and I were unwitting “Coach Level” sponsors of Embry-Riddle Aeronautical University’s Blue and Gold Gala – complete with a reserved table for 10 – benefiting the athletic programs of the prestigious private university that is virtually owned and operated by the capo di tutti capi of political benefactors, Mori Hossieni.

Then, we gave $3,000 to help finance the 2018 Herbert M. Davidson Memorial Award for Community Service – which just happened to go to Lesa France-Kennedy – who is arguably no slouch when it comes to financially underwriting the political careers of hand-select Volusia County politicians (or receiving a return on that investment. . .)

Maybe it’s me – but I thought it sounded more than a little disingenuous when Old Ed and the Funky Bunch mewed and whined about how cautious they have suddenly become when stewarding the public’s money.

In a very poignant moment, Councilwoman Girtman showed incredible poise and true leadership when she eloquently called for “inclusiveness,” and thoughtfully explained to her “colleagues” on the dais of power, “I think it’s really important to understand the reason there’s a minority elected officials group is because there needs to be.  There needs to be someone who looks out for communities that have a lesser voice — that have always had a lesser voice.”

As a painful reminder of the obvious, Ms. Girtman enlightened her dimwitted fellow elected officials about what her service to Volusia County truly represents.

“We’re a diverse county that should be evolving in a very different way, and the issues that you bring to the table are not the issues that are the affecting a total community.”

Then, as Chairman Kelley gushed ad nauseum – lecturing Ms. Girtman about his everlasting love for Ms. Cusack – the intrepid Councilwoman stopped the doddering dipshit in his patronizing tracks – explaining that, “It goes beyond that individual.  That’s the part that none of you are connecting to.”

Rather than listen to the erudite advice of someone who understands the depths of the social, civic and economic issues that plague Volusia County – Old Ed interrupted Ms. Girtman, insolently gaveling her down – before essentially clarifying in his own haughty way that he was talking at the Councilwoman, not to her.

Chairman Kelley ended the raucous free-for-all by taking yet another swipe at Councilwoman Heather Post – claiming that she violated some obscure “policy” by attending the National Association of Counties Legislative Conference in Washington, DC last month.

(Apparently, when Deb Denys jets off to Washington for a commercial space conference (?) with a dubious connection to Volusia County it is unquestionably beneficial – after all, you can’t swing a dead cat on the Fun Coast without hitting another defense contractor or aerospace company – but when Ms. Post represents her constituents as a sitting sub-committee member of a national governmental organization it’s a junket. . .?)

To add dramatic effect – Old Ed directed County Attorney Dan “Cujo” Eckert to get involved in his one-man inquisition of Ms. Post – before claiming he wouldn’t “waste the money of this council” to travel to a National Association of Counties meeting.

(He apparently doesn’t have the same qualms about frittering away our money. . .)

His personal attack on Ms. Post was cheap and small – totally unbecoming of his important office – and it exposed Ed Kelley’s true character under pressure.

Add to these goofy theatrics Mr. Kelley’s ridiculous yammering and stammering through various iterations of Roberts Rules of Order – almost verbalizing his mental calculations of how he can use them offensively to limit council discussions, a move that made even Cujo Eckert blush – his painful misunderstanding of a simple workshop schedule, The Very Reverend Fred Lowry’s snooty call for “decorum” (read: “shut these mutineers up and protect the status quo at all cost”) – and the entire ugly affair had the appearance of some bizarre Carnival of the Absurd.

Hell, all that wacky sideshow lacked was Jo-Jo the Dog Faced Boy and the Bearded Lady. . .

In my view, this out-of-control shit storm – that was legally advertised as a public meeting – represents the final straw in a haystack full of them.

Perhaps it’s time for the Volusia CEO Business Alliance to cut the strings on this demented puppet while there is still a shred of credibility left in this elected body that seemingly exists to ensure the patency of the public tit. . .

How long can this Parade of Dysfunction continue?

Regardless, in my view, it is time for Chairman Kelley to hang-up his officious gavel and slither off to wherever batty old politicians go when they become a total embarrassment to their constituents, an impediment to reasonable civic progress and a liability to the orderly administration of government.

4 thoughts on “On Volusia: The Last Straw?”