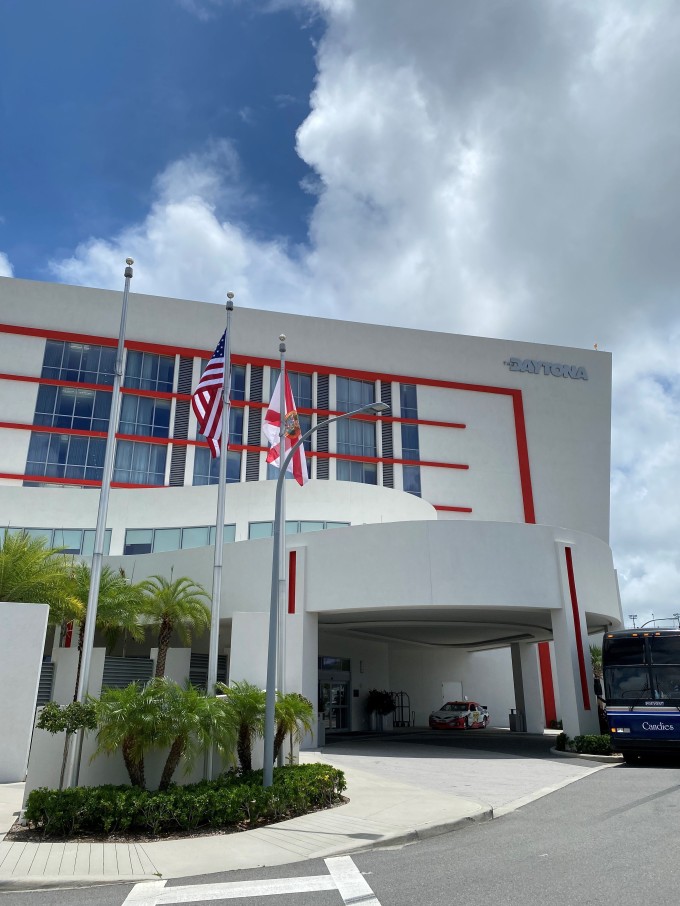 If you have four or five reasonably functioning senses – do not let anyone sell you on their distorted version of reality.

In the lucrative world of politics, there will always be self-serving elected officials, and the powerbrokers who own the paper on their political souls, who try and convince us that what we see, hear, and think isn’t true by painting an alternative reality that they can control.

For instance, last month, The Daytona Beach News-Journal published an editorial which arrogantly lectured Volusia County Council Chair Jeff Brower for having the cheek to live up to those campaign promises that resonated with voters – while encouraging him to stop fighting, rollover, and accept the status quo – to embrace the stagnant “go along and get along” good ‘ol boy system that has served all the right last names for years.

“There are people whispering in Brower’s ear (or thundering on Facebook) who suggest it’s all a pleasant-seeming front. That each of his colleagues — with the occasional exception of (District 4 Councilwoman) Post — are controlled by a dark cabal of the wealthy and powerful. That the true agenda is to scrape Volusia County residents (and their cars) off the beaches, drain them dry through taxes and fees, destroy the environment and otherwise crush the county’s 500,000-plus residents into a state of miserable submission while throwing the door open for marching hordes of monied, retired invaders.”

The newspaper used several contrived examples to drive the point home, one claiming that the Brower-supported purchase of environmentally sensitive land along the Ormond Scenic Loop & Trail resulted from the “emotional blackmail” of elected officials – rather than the hard work of civic activists, the political leverage embodied in the 70,000 citizens who signed a petition supporting the purchase, and thousands more who plastered the community with banners, signs, and bumper stickers.

The piece continued by gaslighting already suspicious Volusia County residents who have been continuously told, “Pay no attention to that man behind the curtain!”

In my view, the piece played on our well-founded fears, and asked that citizens question their own thoughts and opinions – to doubt their perceptions and distrust the empirical evidence they have seen and heard with their own faculties – using the illusory truth effect, where a lie repeated often enough is accepted as truth.

“In fact, all opposition seems to be considered as a sign that the forces of darkness are aligned against the chairman. Even as we write this, we can imagine the howls of inchoate fury that will rage across social media Sunday morning. Clearly, they will say, The News-Journal is in on it.

To which we’d reply: If we are, we’re not doing a very good job. In fact, the Evil Committee of Evil To Destroy Volusia County seems to be the most inept band of scoundrels ever to plot destruction.”

So, what happens when The Daytona Beach News-Journal – which long-ago assumed the position as a cheap propaganda organ for our “wealthy & powerful” – is openly embarrassed by its own manipulative influencers?

When the grim perception of backroom deals and the undue influence of the uber-wealthy few we have all been told does not exist proves true?

When our newspaper of record makes us out to be rubes and fools in a shameless smokescreen to hide the truth about ‘the way things work’ here on Florida’s Fun Coast?

Last week, our worst fears were realized during an exclusive cocktail party at the publicly funded One Daytona shopping and entertainment complex, which is wholly owned by Daytona International Speedway, where “50 of Daytona Beach’s most influential leaders” apparently attempted to carve out some private time with new Daytona Beach City Manager Deric Feacher.

During this swellegant soiree, the crème de la crème of the Halifax areas civic, social, and business elite noshed on hors d’oeuvres while subliminally explaining to Mr. Feacher which side his bread is buttered on. . .

The exclusive guest list included some heavy hitters, to include NASCAR Executive Vice Chair Lesa France Kennedy and His Royal Highness King J. Hyatt Brown – along with a host of lesser ‘movers & shakers’ all seeking to set the tone for Mr. Feacher’s tenure.

The fête contrasted in the most extraordinary way with a townhall hosted at the Dickerson Center earlier this month – demonstrating the stark social and economic divisions that still plague the fractured Halifax area – a dynamic that has given an influential few far too much access, for far too long.

During that community meeting, some 200 residents enjoyed a simple sacked meal while getting acquainted with their new city manager, who willingly answered their questions, and did his best to assuage the lingering fear and trepidation after nearly 20-years of being dismissed and ignored by those untouchables at City Hall.

According to a report by the intrepid Eileen Zaffiro-Keen writing in the News-Journal, Mr. Feacher promised the assembled residents that he would never do anything “illegal, immoral or unethical,” and “…vowed to steer clear of any “under-the-table deals” and clandestine conversations.”

He also explained how he made all department heads reapply for their jobs – rightfully observing, “Some of them have been working slow for a long time,” he said, adding that’s no longer acceptable.”

I found Mr. Feacher’s personal dedication to avoiding even the appearance of impropriety a refreshing change from our abysmal past.

Interestingly, when Zaffiro-Keen and a News-Journal photographer attempted to enter the exclusive “gathering” at One Daytona last week, both were initially denied entry.

I don’t make this shit up.  You read that right.

“Organizers of Tuesday’s event said they intended the gathering to be private. But they invited County Council members, and having two or more elected officials from the same government body at an event means the public has to be allowed to attend under Florida’s Sunshine Law.”

I’ll bet they did – because when the conclave was exposed to the light-of-day – it had all the earmarks of just another slimy attempt at undue influence by all the right last names. . .

After all, why wouldn’t Eileen be permitted inside?

She works for a media outlet that buys printers ink by the barrel and is well-versed on the local issues – which makes her incredibly influential – and she has a stellar reputation for reporting the news of the day in a fair and unvarnished way.

So why keep her out?

I’ll let you answer that disturbing question for yourself. . .

Ultimately, “organizers” of this intimate affair must have realized the appalling optics of denying the working press access, and, ultimately, Zaffiro-Kean and her photographer were allowed inside.

According to reports, only one elected official, freshman Daytona Beach City Commissioner Stacy Cantu, was found rubbing elbows inside the reception – no doubt enjoying the fawning and perquisites that come with high office – completely clueless to the ugly image her attendance presents to long-suffering constituents.

Let’s chalk it up to a ‘rookie mistake,’ eh?

In one moment, the damage to the well-crafted narrative was complete – and We, The Little People will never again be deluded into believing that a powerful few aren’t working hard, behind closed doors, to feather their own nest, control public policy, and maintain their suckling order at the public teat – while the great unwashed hordes suffer the civic and economic stagnation that always results from an unlevel playing field.