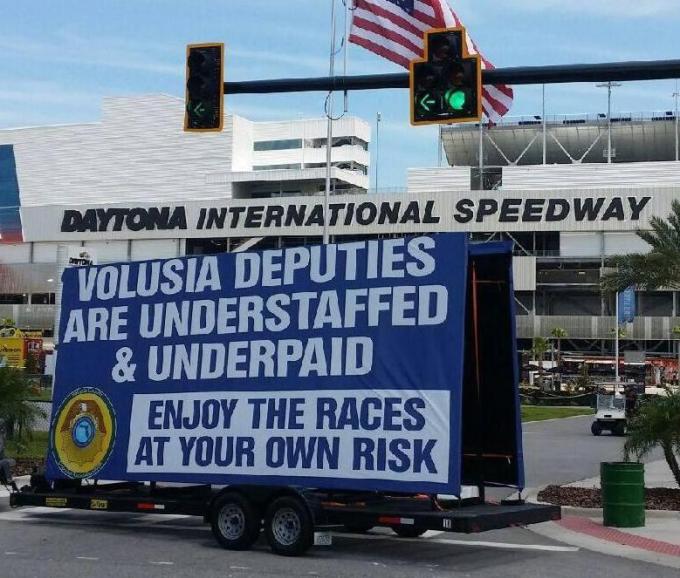 Over the trajectory of a long career in law enforcement, I have seen both sides of the labor/management divide.

The good, the bad and the ugly of organized representation in public service – and the ever-changing bounty and abuses by elected and appointed officials who alternately curry favor with – or openly punish – unions depending upon which way the political wind blows.

When I was first hired, my department had only recently organized with the Police Benevolent Association and feelings on all sides of the equation were still raw.  And throughout my career I was in-and-out of the union due to various internecine squabbles or promotions.

Trust me when I say that 35-years ago a small-town police officer made substantially less than they do now – and city policy prohibited us from working a second job or off-duty details.  I was 22-years old, just a kid, really, and I didn’t make as much as my friends in the private sector.  I was also required to pay into the pension fund, union dues, etc. (my friends did not) which left very little at the end of the month.

I was ridiculed, laughed at, told by friends and family to go to college, get into business, start making money and build a comfortable life.

My first wife and I divorced my rookie year.

I think the instability, changing hours, call-outs, low pay, and the natural uncertainty that police families face every time their loved one leaves for work all conspired against us.  Plus, we were young and couldn’t see beyond tomorrow.  Those anxieties are still a reality for law enforcement families and they always will be.  It’s not for everyone.

When I came on the department I found a family.

Like all families, my fellow officers and I could argue and fistfight (but nobody else better get involved or you fought all of us) and we forged strong bonds that transcended working hours.  In fact, for a period, I don’t recall having more than a handful of friends who weren’t cops.

Regardless of how problematic life became, I always knew that if I could just make it back to the police department there were people in that building who truly cared about me – and that no matter what – I would always have a couch to sleep on, a hot meal, a cold beer and someone who could help me work through the issue.

For instance, one time I really needed three-hundred dollars.

I made some stupid financial mistakes and overextended – bought a used Nissan 280ZX, a sportscar that was just on the cusp of what I could afford, applied for my first American Express card, spent a few too many nights picking up bar tabs and ran up a few unexpected bills.

They were coming for my car – my only means of transportation to and from work – and my rent was due.  My roommate is now the insanely successful owner of a major Daytona Beach automobile dealership – but at the time – he didn’t have the cash to meet both halves of the rent either.

I was between a rock and a hard place, as they say.

Just when I thought I was about to suffer the embarrassment and inconvenience of having to turn my car back into the dealership – my sergeant pulled me aside in the locker room, quietly handed me three one-hundred dollar bills, and said, “Pay me back when you can.”

I scrimped and saved until I repaid the debt – but I will never forget that unexpected act of kindness by a brother officer.  I didn’t ask for the money – and he really didn’t have it to give – but he knew I had a problem and did what he could to help.

That’s what being part of this incredible brotherhood and sisterhood is all about.

We’re both retired now – but I recently reminded that wonderful man how much his generosity meant to me.

He jokingly asked when I was going to pay him back. . .

I’ve noticed that law enforcement officers today have lost some of that collegial closeness, amity and camaraderie that us “old school” cops knew “back in the day.”  We tended to remain with the same agency for 30-years – enjoying the good times and suffering the bad times together.

Times change, and the new breed of young men and women called to the police service tend to be more career oriented, less focused on custom and tradition, and much better educated than my generation of officers.

They question the “why” of things.  We rarely did.

For good or for ill, this “new generation” are more self-aware – and infinitely more mindful of better opportunities elsewhere.

Law enforcement has become less of the lifestyle it was when I was young – and more of a technical career path where practitioners hopscotch departments and disciplines depending upon how green the grass may be compared to where they currently serve.

They have in-demand skills – and they want, and deserve, to be adequately compensated for their contribution.

Most of the people that I came up with in local law enforcement are either retired or serving in senior leadership positions – and when we get together these days the tales get taller and we commiserate over health insurance, lament the latest knee replacement, share pictures of the grand kids – and invariably tell the young cops how it was “back in our day.”

Knowing full-well that this generation is facing some of the most difficult social circumstances to ever confront the police service in the United States.

Now, the Volusia Deputies Association find themselves in a pitched battle with County Manager Jim Dinneen’s administration over an antiquated pay and benefits package that has resulted in an exodus from the Sheriff’s Office in recent years.

The deputy’s union has been roundly criticized for their recent public awareness effort utilizing a large truck sign announcing, “Volusia Deputies are Understaffed and Underpaid – Enjoy the races at your own risk,” which they paraded up-and-down International Speedway Boulevard during the big Coke 400.

Good on them.  Bold move.

This stark message might embarrass the ‘powers that be’ – and you may not agree with it – but it’s damn sure true.

Some have complained that the union appears to be crying poor-mouth in an environment where the average per capita income is in the toilet (whose fault is that?) – even Sheriff Chitwood belittled the effort as a “juvenile prank” and encouraged members to take the 3% retroactive deal the union leadership recently rejected.

Granted, I’m supernaturally biased when it comes to the issue of law enforcement pay and benefits – and, I’ve been on the management side of the bargaining table, trying hard to keep compensation and expensive benefits in line with my bosses demands – but the fact remains, if we paid these brave men and women what they are worth we couldn’t afford them.

Imagine actually living the biblical verse, “Whom shall I send, and who will go for us?  Here I am.  Send me.”

Willingly and repeatedly putting your life, and your family’s future, on the line for people you don’t even know – even people who hate you – day in and day out – in a furnace-like environment where the vitriol, hatred of established authority, and the open slaughter of members of your service is increasing exponentially throughout the nation.

The fact is, these deputies do a remarkably dangerous and dirty job with a high-degree of pride, honor and professionalism in an era where those increasingly quaint attributes are snickered at.

Going into harm’s way and facing the horrors of the worst-of-the-worst of our society – protecting and serving under extremely difficult circumstances – with their every word and movement recorded for later criticism by those who could have, would have, done it better.

Given the abject greed, mismanagement and fiscal waste that is the hallmark of the Dinneen administration – the gross executive salaries, multiple retirements, deferred compensation plans, allowances and insurance packages – hundreds of thousands of dollars in annual pay and benefits to a county manager and senior bureaucrats who continue to accept bloated pay raises while proving daily that their personal and professional loyalties lay exclusively with a handful of power brokers with a profit motive.

While Sheriff Chitwood may disagree with the method of getting the message out – he ran a wildly successful campaign on the very foundation of securing a better wage for his deputies.

Given the wide margin by which the Sheriff was swept into office – it appears a sizable majority of the good people of Volusia County agree.

I also hope that union leadership will avoid putting their membership in the middle of a clash of the titans.  Reasonableness and compromise is all important to the collective bargaining process.

In my view, we simply cannot allow our sheriff’s office to become a training ground, a steppingstone to Orange County, Seminole County, the Orlando Police Department and beyond.

We need that now, more than ever.

I hope you will join me in supporting the Volusia Deputies Association Local 6035 in their effort to secure a better future for the courageous men and women of the Volusia County Sheriff’s Office – and their families – who sacrifice so much for our security and protection.