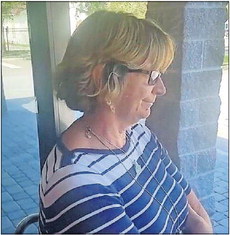 There is an adage that says people can forgive what they can see themselves doing.  After all, we’re all human beings – subject to the same faults and foibles.

Conversely, people cannot forgive that which is patently reprehensible.

For those who have been living on the dark side of the moon for the past decade, we live in an era where the very idea of privacy is as antiquated as the buggy whip.

In fact, literally everyone you meet on the street has the capability at hand to capture you and your environment on video – the good, the bad and the ugly of daily interactions – and then broadcast our every action or omission to the masses via social media.

How you are perceived by those anonymous masses will touch your life forever.

In many ways, cellphone video has become the Great Equalizer – especially when it comes to the people’s interaction with their government.  In police work, every officer worth his or her salt knows that their every word and move will be openly recorded by bystanders and posted on YouTube for later criticism.

In fact, it’s a key reason why the use of body-worn cameras has become so popular with law enforcement agencies throughout the nation.  Rather than capture evidence of misconduct – 9 times out of 10, these devices record mitigating evidence that confirms the officer’s version of events and exonerates them from false allegations.

But they capture only one perspective in a three-dimensional environment, and we can never be sure of the exact context – you know, what happened just before or immediately after the camera was activated is known only to the participants.

That’s why I had second thoughts about opining on the growing uproar surrounding a 17-second video of New Smyrna City Manager Pam Brangaccio acting like an arrogant asshole in the hours following Hurricane Irma.

I just chalked it up as one of those, “it is what it is” unfortunate encounters during what was a stressful time for everyone.

Then, I read the Daytona Beach News-Journal’s article on the subject – which included Commissioner Judy Reiker’s defense of the indefensible – and I’m sure my reaction was much the same as yours.

This wasn’t an isolated incident at all.

This is clearly indicative of an organizational culture.

For those who have been experiencing 16th Century Florida without power for the past week – or occupied bringing your lives and livelihoods back to normal – here’s what went down:

Hours later, the Reverend Dove received a text message from an unidentified telephone number rescinding authorization for the meal.  It was later determined that City Manager Brangaccio had summarily commandeered the Babe James Center to host a lunch for city maintenance employees.

Confused as to why feeding public employees took precedence over, well – the public – Rev. Dove arrived at the community center and found Ms. Brangaccio – arms crossed/smirk fixed – standing in the doorway.

The Rev. Dove rightly took exception to the fact that residents were being denied access to cool air conditioning and a hot meal at a community center, to which Brangaccio replied – “It’s not the pastor’s center.  It’s my center” – to which Rev. Dove appropriately responded – “It’s the peoples center.  It ain’t your center.”

To make matters worse, when an off-camera voice reminds the City Manager that he pays taxes – Ms. Brangaccio openly challenges the resident with, “Sir, I don’t think you pay taxes.”

When those words escaped her mouth, Ms. Brangaccio exposed the operational values of the city’s administration that many would have preferred to keep hidden away.  It was, perhaps, the crudest, most brusque and openly humiliating public exchange I have ever witnessed between a municipal manager and an irate constituent.

(Notice I prefaced that with the word “public.”)

As news of the exchange between Dove and Brangaccio went “viral” – the City Manager wrote a memorandum (just ahead of a city commission meeting) apologizing for her “responses that were inappropriate,” blaming her boorish conduct on physical exhaustion after “38-hours” in the city’s emergency operations center.”

According to Brangaccio’s lukewarm mea culpa, her intent was to “provide a hot meal for 50 city maintenance employees.”

During Wednesday’s commission meeting, Brangaccio gave a half-hearted attempt to make self-depreciating fun when she told the elected officials, “You all know I stepped in it pretty well around noontime Tuesday.  I’m quite the viral sensation – and not in a good way.”

Then – apparently not content to just have it on her shoes – Brangaccio got down on the floor and wallowed in it by offering the galactically stupid excuse that she “didn’t know she was being taped.”

In other words, “if I had known a record was being made, I would never have exposed the real me – the super-arrogant asshole that denies homeless persons a hot meal, questions the motives of taxpaying citizens – and takes over community centers to put the needs of public employees in front of those who pay the bills.”

Look, I served in municipal government for over three-decades.  The City of New Smyrna has any number of non-public locations within the infrastructure of government that could have comfortably hosted 50 maintenance employees – especially after the Babe James Center had been reserved by faith-based organizations to feed exhausted residents and the homeless population.

I guess what added insult to injury was the fact that in the immediate aftermath – with hundreds of signatures on a petition to remove Brangaccio from office still wet on the paper, and hundreds more still legitimately offended by her treatment of those less fortunate – Commissioner Judy Reiker takes the low-road in defending the City Manager’s self-described “inappropriate” conduct in an open public meeting.

“To post something like that on social media, I feel, is unforgivable, particularly from someone who is a Christian and a pastor, because to ruin someone’s reputation that way is an abomination.”

Were you stuck in the head by flying debris, Judy?

For the record, Ms. Reiker, your painfully arrogant City Manager – the city’s chief executive – publicly berates a prominent pastor and several residents – to include a passel of homeless persons just looking for a hot meal – and the fact her disgusting conduct was captured for posterity and posted for her constituents to see her true colors is an “abomination”?

You cannot be serious?

Take Brangaccio by the hand and just leave the building by the nearest side-door.

You have – in one colossally absurd statement – exposed yourself as a clueless asshole.  You just identified as part of the problem – and I guarantee the citizens of New Smyrna will make you part of the solution at the polls.

In my view, public apologies by influential public officials should come from the heart – not be watered-down with the stench of excuses and lame explanations – or ignorantly supported by elected officials who are supposed to hold the appointed powerful accountable.

The mark of a leader is how he or she conducts themselves in the heat of the fray, and Pam Brangaccio proved she just doesn’t measure up.

It’s easy to show strong leadership in fair winds and sunshine – it’s quite another to demonstrate strength of character, honor and compassion when the chips are down – in the immediate aftermath of a maelstrom that has affected everyone in your community – when you are mentally and physically exhausted.

That is when the true nature of the person – and their organization – is exposed.

16 thoughts on “Defending the Indefensible in New Smyrna”