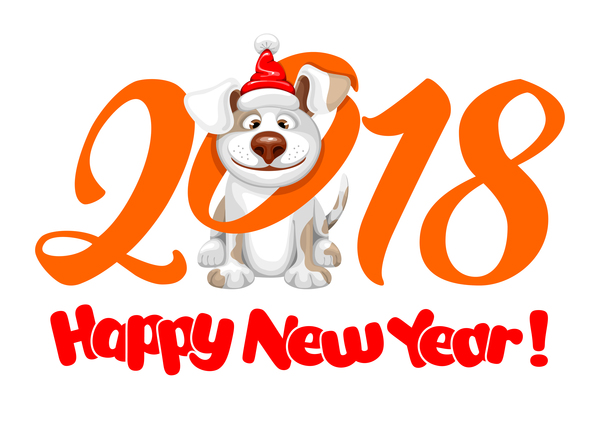 In the Chinese Zodiac, we are entering the Year of the Dog – a symbol of loyalty and honesty.

It is written that those born under this sign possess the best traits of human nature.  They are honest, friendly, faithful, smart, venerable and imbued with a strong sense of personal and civic responsibility.

I was not so lucky.

According to the same lunisolar calendar, I was born in the Year of the Rat, which ancient teachings tell us makes me naturally short-tempered, stubborn, inherently suspicious, even unstable at times – but my sign also instilled an almost preternatural ability to perceive political bullshit.

I’m not a big believer in these things – but, on balance, the traits cannot be denied.

Since I reached the age of self-awareness, there has been a storm in my soul – a burning hatred of bullies and power-mongers who engage in oppression, the physical, psychological or fiscal dominance of others, and those piggish bastards who use their position to take advantage of the vulnerable.

In fact, I dedicated my life to chasing the wolf away from the flock – going into dark places to ensure the predators among us were brought to justice, keeping the peace, protecting the weak and defending order and the rule of law.

I understand that aggression and appetite are instincts necessary for our physical survival, but when greed subjugates and represses others through extorsion, force – even strategic litigation and political manipulation – it destroys our sense of community and crushes our collective spirit.

Nothing thrives in an environment of fear and uncertainty.

Perhaps that’s why I am suspicious of the motivations of those with a pathological need to build immense wealth, the pursuit of riches, power and possessions by trampling the basic needs of others – and I damn sure can’t grasp the concept of a local government manager commanding over $300,000 in salary and benefits.

But I see the symbiotic relationship between these two shakedowns at work in Volusia County.

Wealth and political power allow an individual or corporation to control their environment; and you don’t need an MBA from Harvard Business School to understand the concept of ROI –  Return on Investment.

For instance, according to the Daytona Beach News-Journal, the largest donors in the 2016 Volusia County District 4 race were identified as, “George Anderson, developer of the Ocean Walk and a real estate investor; J. Hyatt Brown, chairman and chief executive officer of Brown & Brown Inc.; homebuilder Mori Hosseini, chairman and CEO of ICI Homes; Theresa Doan, whose beachside properties and investments include three Main Street bars; businesses affiliated with International Speedway Corp. and its president, John Saunders; and companies affiliated with Consolidated-Tomoka, a land holding company.”

In fact, these folks gave $281,950 (out of total contributions of $503,000) through some 67 different corporate entities, “…many of them showing little to connect them back to their owners besides a mailing address.”

When you consider the shit train of favorable rulings, millions in “economic incentives,” infrastructure support, tax abatement, multi-year extensions on “temporary” projects, half-price public land sales to private interests, corporate giveaways and an atmosphere where the mere presence of these power players at a public meeting ensures an outcome favorable to their personal or professional interests – you understand how our system of county governance has become a shameless plutocratic oligarchy populated by political pimps and whores.

No more, no less.

The result is widespread civic stagnation – marked by creeping blight, dilapidation and hopelessness – and an artificial economy served by a slavish pool of cheap labor – a failed scheme which has skewed the marketplace and lead to one of the highest tax rates and lowest per capita incomes in the state of Florida.

Enough of that maudlin gibberish.

This is a New Year – a time of high expectations and the promise of “what will be.”

I happen to believe that the Halifax area has some incredibly special attributes – including a growing number of dedicated residents and policy makers who truly have our highest and best interests at heart – positive influences that could form the foundation of a bright future.

For instance, the 2018 political season is building a fire in the gut of some interesting candidates for public office – people who have a vested interest in improving our quality of life and overhauling the dysfunction and inherent unfairness of Volusia County government.

In the City of Daytona Beach – whose revitalization is key to our collective success – we have some truly smart people working on the difficult issues.

Deep thinkers like Commissioner Aaron Delgado, an incredibly bright and energetic young man who gets out of bed every morning seeking solutions and opportunities for his constituents – and political new-comers like Amy Pyle, a grassroots activist who has focused her impressive talents and intellect on the simple premise that building better neighborhoods can yield citywide change.

Add inspired public servants like Daytona Beach Police Chief Craig Capri – a true gentleman with a healthy grasp of the problems of crime and victimization.  In my view, Chief Capri is a humble servant-leader who is bringing common sense, community-based solutions to historically intractable issues, all while building strong personal relationships with those he serves.

Consider the fresh insight of South Daytona Mayor Bill Hall – a career law enforcement officer with a record of success – who is bringing new and innovative ideas to countywide issues and serving as an important voice for his constituents.

I also believe that we are taking the first wobbly steps towards a compassionate solution to the plague of chronic homelessness and its deleterious effect on tourism and small business – and a committee representing some of our best minds is carefully constructing a path to the redevelopment of our beleaguered beachside.

And even a casual observer of the political scene can recognize the refreshing stability of governance and economic resurgence in places like Ormond Beach, Holly Hill and Port Orange – and the incredible success of the City of DeLand and New Smyrna Beach – gems which have become true destinations and serve as a blueprint for how to do it right.

Every day we see a renaissance of community engagement, citizens becoming actively involved in developing credible processes for building a bright future, informative town hall meetings, and a local newspaper that is increasingly looking beyond the corporate press releases and turning over the right rocks to find the unvarnished truth.

Community advocacy groups are growing in every area of Volusia County, and residents are becoming aware of the environmental implications of unchecked development – issues which will impact the lives of future generations.

I also sense a renewed interest in preserving our heritage of beach driving, and there are increasing questions regarding the astronomical increase in access fees which have priced a day at the beach out of the financial reach of many Central Florida families.

Folks, despite my near-constant negativity and petty scab-picking – I believe we are at the very precipice of great things in Volusia County.

True progress – not some rehashed horseshit we are force-fed by clueless windbags at orchestrated events like the State of the County Address or a stilted Team Volusia ‘mixer.’

With hard work, vigilance and a common goal, I believe we can return the World’s Most Famous Beach to a premiere tourist destination, advance our shared quality of life, and build a strong economy based upon entrepreneurial investment.

And we will do it despite our current “leadership” – not because of them.

Most important – support those candidates who, through their words and actions, demonstrate true vision and a dedication to highest traditions of the public service – and reject these tired incumbents with a dismal track record of deceit and broken promises – political hacks who perpetuate this disastrous cycle by their craven political cowardice and subservience to the system.