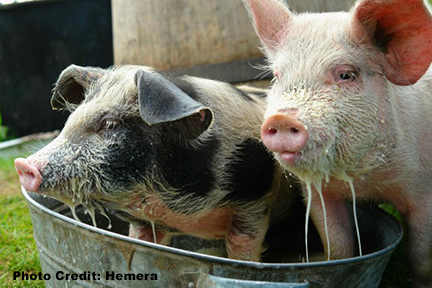 Publishing a local newspaper in the digital age must take a Herculean effort.

I’m certainly no expert – or even an amateur journalist – just a casual observer of the local scene who sees the global pressures on traditional print media in an evolving market.

Sweeping changes in technology, the speed with which what passes for “news” is gathered and regurgitated, and the morphing social contract between those who report and those who consume, are forcing an industry-wide transformation.

Now, imagine the myriad issues inherent to publishing a daily paper in an environment wholly controlled by a select few oligarchs – an institutionalized hierarchy that controls every aspect of our lives and livelihoods through a morally corrupt campaign finance system that has co-opted our local system of governance here on Florida’s Fun Coast.

Consider the ethical and journalistic pressures of reporting the news in a place where the ‘powers-that-be’ demand that local mass media serve only to legitimize the system by touting massive giveaways to insanely wealthy corporations and billionaire families – always cloaked in the promise that using our money to ensure their continued prosperity will result in more scullery jobs – or the benefits of effectively privatizing public amenities and taking away our local culture and traditions in the name of “economic development.”

It’s no secret that I am a big fan of Pat’s work.  He’s a smart guy – incredibly bright and intuitive – and I truly believe he has our collective best interests at heart.

However, Pat works in a very confined space, one where the delicate balance of independently reporting and opining on the news while protecting the self-interests of those who control literally everything – including scarce advertising dollars – is razor thin.

Unfortunately, in my view, Pat deftly tap-danced around the one issue that may ultimately condemn this shameless money grab – and those doing the heavy lifting for the millionaire’s who stand to benefit most – to the political ash heap of tax scams past:  Public Trust.

They simply do not have the confidence of the people they represent – and for good reason.

According to Mr. Rice, “I don’t entirely agree with radio personality and former County Council member Big John’s statement in January that “the trust in Volusia County government administration is at an all-time low.” But the county administration does have an optics problem.”

That’s like saying the Titanic had a slight moisture issue in the lower decks.

Or, it may be because, as others in positions to know have pointed out, our elected and appointed officials in Volusia County government are duplicitous sacks of shit who continue to perpetuate a massive fraud against their constituents – one which requires a constant infusion of new funding sources to feed the private interests of political insiders – and keep this grotesque “tax and giveaway” wheel turning.

If you still believe that our doddering fool of a County Chair, Ed Kelley, and those dullards we elected to represent our interests on the dais of power in DeLand, have any semblance of credibility – I encourage you to examine the unfolding shit-storm that is the Desert Inn/Westin/Hard Rock debacle.

Last year, in an off the printed agenda surprise attack, County Manager Jim Dinneen personally orchestrated revised legislation that gave developers of the languishing, perpetually behind schedule, hotel project an extension on a previous ordinance that set specific performance standards – including a date certain for opening – or the ultimate incentive of removing beach driving from the strand behind the hotel would be null and void.

The deadline set by our elected officials was clear and succinct – “This ordinance shall stand repealed in the entirety if the conditions … have not been met in full by Feb. 28, 2018.”

Well, it has become self-evident that construction on the building, and its highly touted “Rock Star” amenities, can’t possibly be completed, tested and inspected – at least to the quality standards one expects of a “Four Diamond” resort – in just 17-days.

So, the doctrine of fairness and transparency in government would naturally dictate that the incredibly controversial issue of beach driving be taken off the table per the letter and spirit of the ordinance – a move that Hard Rock International should rightfully understand and embrace.

Instead of standing by his word, Chairman Kelley and our county attorney’s office have the abject temerity to pull a slimy bait-and-switch scam on those they represent – pissing backwards and quibbling facts – working hard to convince us rubes that legally agreed upon performance standards and hard completion dates mean nothing – so long as the ultimate goal of removing our heritage of beach driving prevails.

Once and for all, these shameless hucksters have exposed themselves as the disingenuous prostitutes they are – bought-and-paid-for whores who have no qualms lying openly to their constituents whenever it serves the bottom line of their greedy masters.

“Fairly or unfairly,” the barefaced political chattel on the Volusia County Council – and their well-paid facilitator who runs interference for the whole sham – represent the most perverse and malignant form of political cowardice and quid pro quo sleaze ever foisted on an unsuspecting public.

And that, Mr. Rice, is why nothing this rabble says will ever be trusted again – and that includes the emergent need for even more sources of revenue to slake the insatiable appetite of this bloated pig of a county government and the select few it exists to benefit.

4 thoughts on “On Volusia: Fair or Unfair?”