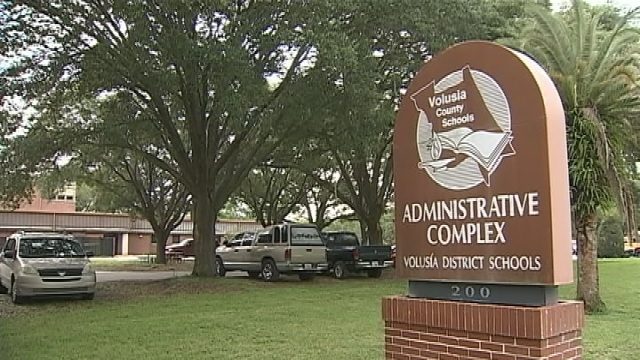 In the words of the immortal Walter Sobchak – “Am I the only one around here who gives a shit about the rules?”

Look, I admit it.  I can be a curmudgeonly asshole.

When something ‘steams my beans’ I’m not one to let it go – bringing attention to the obvious is kind of my stock-in-trade.

For instance, since I began this experiment in alternative opinion blogging, I have railed against our wholly corrupt campaign finance laws that permit the “Rich & Powerful” to purchase undue access and influence through the infusion of massive political contributions to the campaigns of hand-select candidates – a system that I believe has transformed our representative democracy into a bastardized oligarchy.

When I spy something demonstrably wrong – counter to our sacred democratic principles – I spout-off about it, draw attention and scream “Hey, looky here, everybody!  There’s a turd in the punch bowl!”

For my trouble, many powerful people here on Florida’s Fun Coast don’t like me very much.

They believe my screeds are counter to their opaque “plan” to renew, revitalize and ‘bring high paying jobs’ to the beleaguered Halifax Area (while lining their pockets, and those of their friends, with the crumbs along the way) – and a naysayer sitting around in his boxer shorts drinking gin and pointing out our warts isn’t helping.

For the record, our ‘Movers & Shakers’ weren’t exactly inviting me to cocktail parties before I started this blog. . .

Now, our County Council is fretting about our ability to attract a qualified County Manager (a brokeback snake could do a better job than what we’ve experienced over the past decade) due to negative comments on social media.

Then, last week, our contract Medical Examiner (who has apparently made a cottage industry out of telling local government officials what they want to hear) is wringing his hands about the trouble we’re going to have finding a qualified forensic pathologist, what with Volusia County’s dismal reputation on the “Internet” and all. . .

Why is it inconceivable to our ‘powers that be’ that – just maybe – it’s the abject mismanagement, quid pro quo corruption, outsized influence of powerful insiders and the growing public distrust of county government that will have the biggest prohibitive effect on finding quality talent to fill our current executive vacancies?

I mean, why is it always someone else’s fault?

What became of the quaint notion that taking responsibility is the highest mark of leadership?

Like many of you, I have a fundamental problem with people who are elected to serve as stewards of our tax dollars – then carelessly, even maliciously, misuse our hard-earned money – and demand more of the same under the guise they are doing us a favor.  Or worse, when politicians try and convince us – the long-suffering taxpayers – that “things” conspired against them, or they were simply caught off guard. . .

In my view, this program has been rushed from its inception, as the legislature attempted to do something – anything – to palliate the very real fear and outrage in the aftermath of Parkland, leaving county school districts with an underfunded mandate to provide armed security in every school in the state.

Now, the Volusia County School Board has taken the unprecedented step of literally begging money from the municipalities to cover the apparent shortfall.

On its face – it sounds reasonable, and I thought the Daytona Beach News-Journal did a good job of making the school board’s point in their recent editorial “Cities’ stake in school security.”

“The restriction hit particularly hard in Volusia County, which is in tight fiscal constraints and embroiled in negotiations with its teachers’ union. The budget approved last month dips into school reserves and includes a slight property-tax increase — but still falls short of the district’s needs by nearly $2.5 million. Even though the district has chosen a relatively low-cost option for elementary schools, hiring 50 specially trained “guardians” instead of using law enforcement, there’s just not enough money.”

Unfortunately, putting the arm on the cities to fill budget needs is not the way it works.

The Volusia County School District is an independent taxing authority with the responsibility and political accountability for managing public funds, organizing assets, preparing a budget and levying assessments to meet the needs of thousands of students, teachers and staff.

With a current budget approaching $900 million – the largest of any government entity in Volusia County – I find it incredulous that our elected officials on the School Board seem physically incapable of identifying internal funding cuts to provide for this priceless service to our precious children.

Where is it written that when a taxing authority fails to live within its means – or refuses to take austerity measures to prioritize and reorganize allocations to meet emergent needs – it can simply cry poor mouth and shame the cities into handing over tax dollars they collected from us for critical municipal services?

The School Board seems perfectly capable of lashing us with millions in debt for Taj Mahal building projects, on top of a half-cent sales tax increase, then engaging in serial poor decisions – such as appointing wholly unqualified middle-managers to fill the vitally important role of School Security Specialist, rather than finding the very best expert we can afford – or keeping Superintendent Tom Russell in place after some seventeen Volusia County schools dropped one letter grade or more last year.

Or how about the ham-handed “secret negotiations” that resulted in our elected officials approving a five-year contract with Florida Hospital – sorry, “AdventHealth” – naming the healthcare provider the “exclusive student education and student wellness partner of the School Board for all purposes and on all levels” – for just $200,000 in cash each year. . .?

The agreement ended some 15-months of shadowy, back-alley negotiations by district officials that resulted in an agreement that gives AdventHealth all the marketing exposure they could have dreamed for – including naming rights, sponsorship options, districtwide distribution of branded material, and graduate recruitment options, among other benefits.

One might have thought that given our current dire financial straits – a direct advertising campaign reaching some 63,000 Volusia County families might have been worth a tad more?

Now we are left in the untenable position of having a decades old backlog of school infrastructure projects, complete stagnation in negotiations with our teachers – who are desperately seeking a living wage for their important work, along with benefit improvements to stop the hemorrhage of talent as educators continue to flee Volusia for more responsible districts or professions that appreciate their contributions – and the stark realization that we cannot adequately fund prudent and necessary security measures.

In my view, this situation is serious – and only getting worse.  In fact, I can’t think of anything more important.

Now, it is time for the Volusia County School Board to stop bumming money from the municipalities in some weird double-dipping scheme and begin the difficult process of living within their means.

That will require taking the politically difficult steps necessary to adequately fund service delivery in this new reality and focus precious resources where they belong – in the classroom.

If they are incapable of doing that, perhaps it’s time We, The People, elect someone who can.

4 thoughts on “On Volusia: Because it’s wrong. That’s why.”