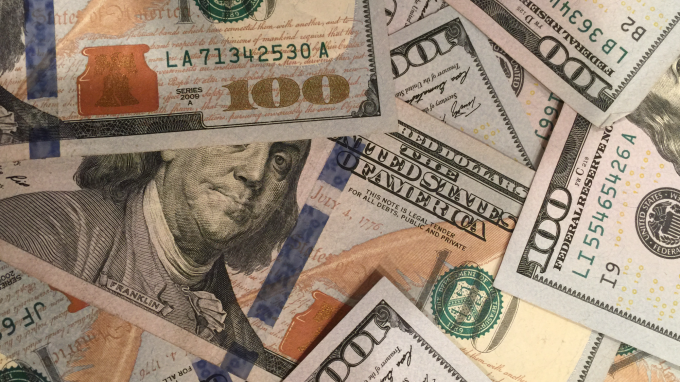 All good politicians practiced in the art of evading meaningful policy decisions know that the “We need your help” strategy of political deflection is a proven and effective means of controlling the playing field, deflecting attention, changing opinion and buying time.

Of course, like any backhanded magic trick, this timeworn move requires that the political body possess a level of legerdemain, the skillful ability to coax the audience into suspending their sense of disbelief, and ignore their critical faculties, if only for a moment.  Because when it’s practiced by ham-handed, two-bit liars with intensifying credibility problems it looks like what it is – cheap political fakery.

When politicians lack the inherent trust of their weary constituents – stalling an overdue increase in impact fees looks exactly like what it is – a clumsy delaying tactic – which appears very similar to good old-fashioned cowardice, and a shameless effort to protect the profit margins of their uber-wealthy campaign contributors and political benefactors in the real estate development community.

Because that is exactly what they are doing.

Volusia County hasn’t increased fees for growth and development in over 15-years – a fact that sent shock-waves through area residents who are readying themselves for the coming onslaught of traffic gridlock, “toilet to tap,” and other quality of life nightmares that come from out-of-control sprawl currently under construction along the eastern spine of Volusia County.

In fact, the reluctance of those dullards we have elected to represent our interests on the Volusia County Council to reasonably increase impact fees on their political sugar daddies derailed a half-cent sales tax initiative that we were told was absolutely essential to funding critical transportation infrastructure improvements.

At yesterday’s Volusia County Council meeting, our elected officials prostrated themselves before their masters – and proved, once and for all, exactly who they work for in the bastardized Oligarchy that no longer bears any resemblance to a representative democracy.

While every elected and appointed official in Volusia County – as directed by their political puppeteers over at that Star Chamber known as the CEO Business Alliance – think it is absolutely essential, right and good to increase the sales tax on every man, woman and child in Volusia County to pay for transportation infrastructure improvements, the mere suggestion by recognized experts that they raise impact fees on developers to assist that goal has resulted in absolute paralysis.

During the meeting, those cowardly assholes on the dais of power didn’t have the political acumen to even feign interest and ask questions of the expert we paid handsomely to tell us the obvious:  That impact fees haven’t been increased since 2003, and are hopelessly outdated and in desperate need of serious overhaul, if we hope to meet our emergent transportation infrastructure needs in the wake of out-of-control sprawl.

To add insult to injury, at the same meeting, an attorney for Minto Communities – the Canadian developer who has partnered with gazillionaire entertainer Jimmy Buffett to plop a “lifestyle” community directly on top of our aquifer recharge area adjacent to municipal potable water wells off LPGA Boulevard – whined the blues to the County Council about how their flip-flop wearing residents (who are scooping up those $300,000 – $400,000 cracker boxes in the pine scrub west of town at an alarming rate) deserve a break on impact fees because they are an older population (?)

In turn, Old Ed and the Funky Bunch did what they do best: Absolutely nothing.  .  .

According to Dustin Wyatt’s excellent article on this growing debacle in The Daytona Beach News-Journal, “Here it is, folks,” said County Chair Ed Kelley, referring to the latest 44-page study. “We want you to see it. We want you to weigh in. We are asking for your help.”

He added: “It’s very important that we get as much information to the public as we possibly can.”

Yeah, right.  This from the guy that didn’t want a consultant to review the matter in the first place.

Back in May, Old Ed crowed, “I don’t need a consultant to tell me what we should charge,” saying he didn’t want a consultant involved in the process at all.

Clearly, Chairman Kelley and his “colleagues” have determined that, in light of the revelations of the Duncan Associates study, which prove beyond a shadow of a doubt that our elected officials have – for 15-years – put their developer friends at a distinct advantage by suppressing impact fees and providing lucrative credits all while saddling their long-suffering constituents with higher taxes and the threat of traffic gridlock and inadequate essential services – they need to buy precious time.

Folks – make no mistake – in my view, Chairman Ed Kelley has once and for all exposed himself as the craven liar and manipulative shill he has always been.  Unfortunately, none of our elected officials – including the always arrogant and politically vulnerable Deb Denys – who orchestrated this blatant delay strategy – stood in our defense.

“I think we need to take as much time as required to have these community conversations and with the organizations and get as much input as we can and discussion,” Councilwoman Denys said. “We need to do this well and thorough and be as transparent as we possibly can.”

To speak frankly – in my opinion, these sneak thieves are stealing our quality of life and looting public coffers (with the full acquiescence of our elected representatives at all levels of government) while placing the financial burden and instability squarely on the backs of beleaguered Volusia County residents – many of whom are living well below the poverty line while trying to eke out a living in this artificial economy these bastards have created.

When is enough, enough?

When will these shameless assholes finally be satiated?

This gross iteration of our wholly compromised Volusia County Council wouldn’t know ‘transparency’ if they fell over it.

In fact, they have proven – time and again – that the very concept of honesty and openness in government is anathema in an organization that values secrecy, subterfuge and cover-up to protect the status quo at all costs.

One bright spot during an otherwise dismal meeting was when the intrepid civic activist, Ken Strickland, spoke bold truth to power:

“If you think you’re going to get that sales tax passed without a serious increase in impact fees, you will be sadly mistaken.”

And, if you think this problem is going to resolve by reelecting these hubristic shitheels – cowardly sell-outs who have no problem hawking our highest and best interests to the highest bidder – to positions of high power you are sadly mistaken.

It is what it is.

And, in my view, it smells a whole lot like quid pro quo corruption.

2 thoughts on “On Volusia: Shaming the Shameless”