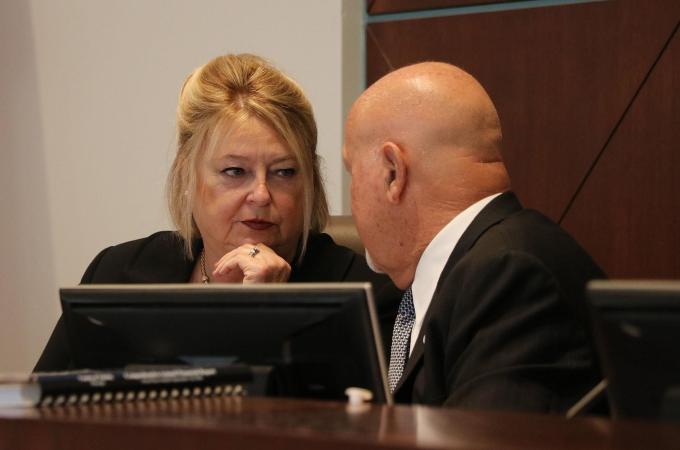 Most loyal readers of this alternative opinion forum know that I have a rather jaded view of local politics and those who practice it.

In reality, I have a great deal of respect for those who give of their time and talents to serve the highest and best interests of their neighbors – to hold themselves out for elective office and courageously participate in the knife fight that is modern politics.

But the process of governance sure seems to attract some interesting characters. . .

In over three decades serving and observing local government, I’ve seen every variety and subgenus of politician imaginable:

The “Glad-Hander”:  Tries desperately to be everything to everyone (all the time), seeking approval by flip-flopping positions depending upon their audience.  The backslapping ‘good ol’ boy’ who is always endearing, totally ineffectual and rarely on the wrong side of a controversial issue or majority vote.

Quick to compromise – or co-opt themselves – the glad-hander tends to enjoy the social aspect of elective service and can always be found front-and-center at those ubiquitous rubber-chicken banquets and award ceremonies where politicians go to congratulate their own performance.

The “Angry Warrior”:  Entered politics to settle a score or right a perceived wrong.  Incendiary by nature, focused on a single-issue and usually painfully ignorant of the larger processes, departments and services they are making funding and policy decisions about.

The warrior is often a one term wonder who quickly tires of the time-consuming ancillary duties expected of elected officials after becoming totally disillusioned by the effort required to advance even minor issues in the bureaucratic labyrinth they find themselves in.

The “Powermonger”:  Intent on building a political machine by using their domineering personality to seize control of external civic groups and unofficial power centers (social clubs, service organizations, local political party infrastructure, etc.) and aligning themselves with the ‘Rich & Powerful’ who set the backroom agenda.

These narcissistic shitheels could care less about the needs and wants of their constituency, and enjoy driving decisions behind-the-scenes by coercion and fear, usually developing a close personal relationship with the appointed chief executive and wealthy political insiders who control the campaign purse strings of their “colleagues” on the dais of power.

In Volusia County, we have an inordinate number of these power-hungry politicos who serve as perfect counterparts to our “Kingmakers” – uber-wealthy insiders who use their considerable influence to control political succession and further their own personal and professional agendas at the local, state and national levels.

The “Rookie”:  The newly minted council member or commissioner who is always dangerously close to meddling in operational issues because they are everywhere, all the time.

The bane of city and county managers everywhere.

These well-meaning greenhorns are always underfoot – like a rambunctious puppy seeking attention – wandering the halls of administrative offices and popping in on department heads just to “say hello,” normally drawn like a magnet to any Emergency Operations Center.

Often found sitting at a vacant desk in a dusty corner of City Hall pouring over budget reports, nodding contemplatively and acting like they actually understand the figures and analysis.  (Might as well be staring at War and Peace written in ancient Chinese characters. . .)

Can be easily identified by their long-winded soliloquies during the “commissioner comments” section of the agenda – regaling everyone with how much they learned this week about the nuances of the wastewater treatment process as their colleagues roll their eyes and stare at their wristwatches – before asking the police chief if they can have a “badge” to identify themselves to officers (who never seem to recognize them) whenever they suddenly appear at crime scenes. . .

The rookie will eventually transition into some combination of the other types mentioned.

The “Sellout”:  Typically, a second-year politician who started out as an angry warrior-type – or campaigned as a change agent – only to become a cog in the wheel once elected.

The sellout is usually wholly dependent on big money donors making them extremely susceptible to compromise by big money interests.  This dynamic makes the sellout a prime candidate for the all-too-frequent Faustian bargain that quickly removes any semblance of political independence.

Generally, the elective office may be the sellout’s only identifiable source of income – or their interests are heavily reliant on their political benefactors for success – and they become completely enamored by the symbols of wealth and the gilded trappings of office.

The sellout is easily swooned by wealthy special interests who lavish faux-praise and massage their fragile ego while providing access to a social circle they have never been part of – and will never be again.

The sellout quickly becomes everything he or she hated when they entered the political arena as they are slowly used like cheap tools, then casually discarded by the powerful interests who control them when they are no longer relevant.

The “Servant Leader”:  Increasingly rare in local politics – this is the individual who seeks elective office for all the right reasons.

Usually a local business owner, professional or long-time resident with a simple desire to build a better community.  The servant-leader can be counted on to do the homework, study the material, come prepared and make fact-based decisions.

These community leaders make themselves available to their constituents – return telephone calls and emails – and frequently meet informally with citizens and civic groups to gain a better understanding of the issues facing those they serve.

The servant-leader deliberates with an open mind and considers diverse opinions – men and women of vision who humble themselves to the role and wield political power in the public interest, never for personal gain.

This type is far from perfect, but when they make an honest mistake – personally or professionally – they speak the truth, admit the error and work hard to set things right.  They never quibble the facts or engage in cheap cover-ups that destroy organizational credibility – and understand the essential importance of honor, integrity and governmental ethics to maintaining the public’s trust in the system.

They take a holistic approach to governance, rather than focusing exclusively on meeting the needs of special interests, and they do not succumb to the cancer of political cowardice – relying on inane and incredibly expensive “studies” and “consultant reports” before making difficult decisions – unless absolutely necessary to developing a comprehensive view of complex issues.

Perhaps most important, the servant-leader fundamentally understands the role of local government and stewards tax dollars and public assets in a way that ensures a return on investment for all citizens

Not averse to controversy when its required to affect positive change, these leaders refrain from unnecessarily “stirring the pot” and work hard to bring a sense of stability and professionalism by setting a positive example, following the rules, and instinctively working to further the highest and best interest of their constituents.

As we enter the “out with the old, in with the new” period that marks the peaceful transition of power in our democratic system, where term-limited and defeated politicians ceremoniously exit the public stage and make way for newly elected officials, let’s demand that those who stand for elective office remain true to the promises they made during the long, hot summer that was.

Let’s demand accountability for the dismal state of our beach management, our emergency medical transport service, the revelatory exposures of whistle-blowers on everything from the “filtering” of information and withholding publicly-funded studies from decision-makers altogether – to the paralytic dysfunction that has hampered significant progress on the most intractable regional problems of our time.

With the new year upon us, let’s all vow to attend more public meetings, make yourself – and your opinion – known to those for whom you have cast your sacred vote, and let us collectively demand a return of “Servant-Leaders” to the halls of power throughout Volusia County while there is still something left to worry about.

If we truly deserve better – now is the time to demand it.