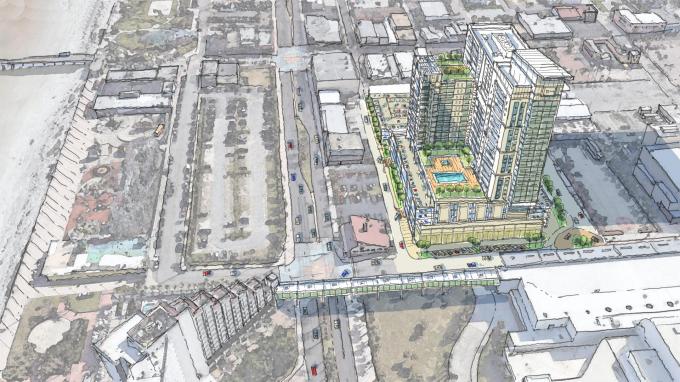 Any local government who needs a primer on how not to push a sales tax referendum need look no further than Volusia County, Florida.

Born in the greed-crazed minds of area corporate big wigs who developed a two-pronged attack on public coffers by financially supporting candidates for high office who, in turn, approved massive real estate development in the pine scrub west of Daytona Beach, all while keeping transportation infrastructure fees frozen in time – they created a perfect profit machine for the privileged few.

In doing so, they knowingly manufactured an infrastructure emergency when sprawl outpaced the capacity of existing roads, bridges, public utilities – and the ability of current residents to pay for improvements – then developed a plan that requires every man, woman and child in Volusia County to saddle themselves with a half-cent sales tax increase which will generate an estimated $42 million in annual revenue for the same politicians who have already proven they cannot manage public assets under their stewardship.

In classic Fun Coast form, our Camera Stellata over at the Volusia CEO Business Alliance recognized the limitations of our Brain Trust on the Volusia County Council and took on most of the heavy lifting themselves.

By using private funds to exempt most of their machinations from the purview of Florida’s public records laws – a sinister “public/private” confederation wholly designed to keep We, The People out of the loop – they met side-by-side with elected officials from the county and municipalities, providing advice and direction, then commissioned dubious “studies” wherein a sampling of a few hundred likely voters spoke for the other 538,292 of us.

As a result, in 2018, the politically unaccountable fathers of this shameless money grab pulled it from the ballot in the eleventh-hour – strategically retiring from the battlefield until after sympathetic candidates could be returned to office by the usual method.

Trust me.  It’s been a continuing shit show of gaffs, howlers, missteps and mini-moves that has telegraphed the fact our “best and brightest” in government and industry can’t organize a one-car parade.

Now, just days after being called out in the newspaper for their lack of a prioritized schedule of identified projects for public review – our ‘powers that be’ have cobbled together another hodge-podge preliminary laundry list of road and utilities projects – a smorgasbord of transportation infrastructure needs that remains painfully short on specifics – such as, “Pave dirt roads at more than 80 sites through the county ($19 million),”  or “Widen sections of Williamson and LPGA boulevards”?

What in the hell does that mean?

Since many smaller municipalities – whose residents are being asked to pay the same sales tax increase as everyone else, but who will see just 2% of the revenue respectively – won’t have the same flow of money as Volusia County (who will receive nearly half of the windfall), when the list was ham-handedly released, our doddering fool of a County Chair, Old Ed Kelley, crowed that county government will partner with the municipalities to assist them with infrastructure repair and improvement.

Because if Volusia County is known for anything – it’s their impressive track record of “working” with the cities in the spirit of cooperation and collegiality. . .

Interestingly, on the very same day Volusia County and it’s lock-step marionettes in the 16 municipalities rolled out their project list – which, interestingly, had been pared down from the shocking original estimate of $1.4 billion to the more palatable visual of $762 million – our friends over at the good old boys investment club at Consolidated Tomoka Land Company announced obscure plans to build two panacea projects designed to stimulate Daytona’s downtrodden downtown and blighted beachside.

Don’t get me wrong – we desperately need entrepreneurial investment in both locations – in fact, I am convinced it is the only thing that will have a substantive impact on the death spiral of economic stagnation, blight and dilapidation that threatens the continued viability of the Halifax area.

But this was something different.  Something slick, overly bold, floating in the ether – too far off for specifics.

It had the taint of a classic diversionary tactic about it – tall tales supported by shadowy renderings of high-rise buildings linked to mysterious code names like “Project Delta,” hyped for maximum effect, but (like the infrastructure project list) without any hard specifics.

“Can, and most likely, will change depending on many factors.”

“No guarantees either project will be built. . .”

It’s all too clean – too conveniently timed – with ample plausible deniability built in.

A classic Volusia County bait-and-switch in the making.

Then came the kick in the groin local taxpayers knew was coming:

“It only works if we’re all working together,” he told the chamber gathering.”

Even as our ‘powers that be’ are busy trying to sell us on all the reasons why we should tax our own eyeballs out – the pernicious cycle of taxing those who can least afford it then underwriting the private, for-profit projects of billionaires continues unabated.

My God.  Are you as tired of having your intelligence insulted by these dullards as I am?

Ladies and gentlemen – keep your eyes and ears open over the next few weeks.

If you listen carefully, you won’t need nay-saying assholes like me to explain all the reasons why we need to vote “No” on this shameless money grab of a half-cent sales tax –  and break the tax and spend cycle that maintains the patency of the public tit for all the right last names.

4 thoughts on “On Volusia: The Cycle Repeats”