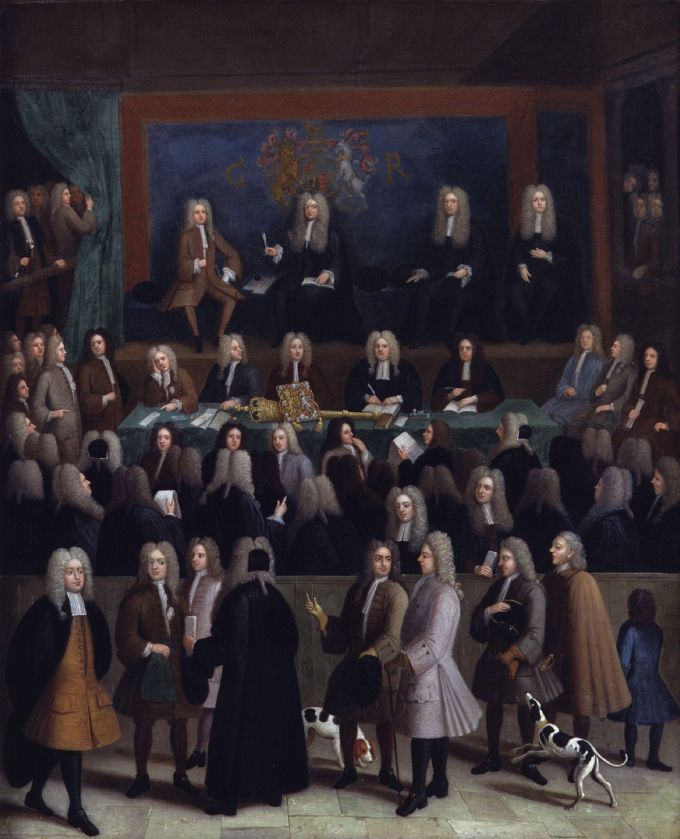 ” … the distinguishing character of (the reign of king Henry the Seventh) was that of amassing treasure in the king’s coffers by every means that could be devised; and almost every alteration in the laws, however salutary or otherwise in their future consequences, had this and this only for their great and immediate object. To this end, the court of Star Chamber was new-modeled and armed with powers the most dangerous and unconstitutional over the persons and properties of the subject.”

For good or ill, Florida’s “Fun Coast” consists of a mosaic of distinctive communities – each with unique attributes, challenges and personalities which provide a true sense of place and identity for their residents.

For instance, Ormond Beach is as different from Holly Hill as Pierson is from Ponce Inlet – and those of us who live in one of Volusia County’s 16 municipalities have a distinct pride in where we call home.

In keeping with our right to self-determination and accountable representation, in each community we elect fellow citizens to serve our collective interests, ensure efficient service delivery and steward public funds while remaining politically answerable to a concentrated and invested electorate.

Because I have old-fashioned notions of accountability and responsibility in local government, I happen to like it this way.

Bigger is not always better.

Anyone who has been forced to deal with a behemoth bureaucracy – trapped in a weird loops-and-traps maze which seems purposefully designed to frustrate any meaningful interaction between government and those it ostensibly exists to serve – will know what I’m talking about.

Because the very nature of a government bureaucracy is to self-perpetuate.

In my view, in Volusia County we’re seeing exactly what former Coca-Cola executive Harry Teasley, Jr., who spent his life confronting and triumphing over mindless agents of self-serving power structures, called “The Seven Rules of Bureaucracy” in action:

I’d like to add one:  The prolific use of political insulation committees to avoid accountability.

Like many of you, in recent years I have watched suspiciously as a benign monthly information-sharing klatch known as the Roundtable of Volusia County Elected Officials – which, according to the county website, “…consists of one member each from Volusia’s cities and county government, meets regularly to discuss countywide issues and concerns” – has slowly transitioned into something more ominous:

A de facto government where important public policy is crafted under the watchful eye of those who own the paper on the very politicians sitting at the table – at a stilted meeting more difficult for the public to attend than a Volusia County Council meeting. . .

In the interminable lead-up to the failed half-cent sales tax initiative, the Volusia CEO Business Alliance – in my view, an elitist Camera Stellata comprised of millionaire business interests whose collective take from the public coffers under the guise of “economic development incentives” totals in the tens-of-millions – used the Knights of the Roundtable to orchestrate a shameless attempted money grab through this weird public/private meld.

Don’t take my word for it – simply review The Daytona Beach News-Journal’s coverage of this debacle and see for yourself how the “Roundtable” was used as a conduit to ensure a uniformed, lockstep adherence to the misinformation and “reeducation” campaign crafted by a privately funded marketing expert with experience ramrodding local option tax increases.

Frankly, I’m suspicious anytime a cabal of political insiders with a profit motive cloister themselves with sitting elected officials to craft tax policy – especially when those same profiteers gather like blowflies on a fresh turd anywhere public funds and private interests intersect. . .

Now, we are being told that the Knights of the Roundtable are considering incorporating “smart growth” initiatives into municipal and county land use regulations – a noble cause, considering unchecked sprawl is adversely affecting everyone in Volusia County, regardless of your zip code.

These goals are accomplished by developing innovative zoning regulations, planning mixed use projects that create a range of housing opportunities and choices, fostering attractive communities with a strong sense of place, directing the redevelopment of existing communities, providing a range of transportation options and encouraging community stakeholder collaboration in development decisions.

Unfortunately, this approach is so foreign to our current crop of elected dullards that our County Chairman, Ed Kelley, was recently quoted as saying “smart growth” is merely, “…an abused term.  Just a buzzword to get people excited and make them think that what we’re doing is not smart.”

Jesus.  Does this foul ball’s abject stupidity know no bounds?

Yet, at a recent Roundtable meeting, our elected officials decided that all incorporated communities in Volusia County will adopt a do-nothing “smart growth resolution” (?) (supporting something they clearly haven’t so much as Googled) and directed equally clueless local planning officials to come up with ideas for yet another time-wasting jawbone session in September. . .

In my view, the Roundtable is no longer an exchange of best practices on what the various municipalities are doing to benefit their constituents – it is a spineless political insulation committee where the groundwork for significant policy decisions are made in advance of perfunctory public hearings – the old “if everyone is doing it, then it can’t be wrong” philosophy that shirks accountability and gives “wink, wink, nudge, nudge – we’re all on-board” approval without any external input or challenge.

A weird “get the ducks in order” forum where a half-bright dunce like Ed Kelley can formulate his nonsensical “ideas” and political insiders can insinuate “suggestions” into the process from the sidelines without any legitimate public challenge.

In my view, important public policy decisions should be deliberated by our elected officials during properly noticed, accessible and open public meetings in front of the citizens they are sworn to serve – those who elected them to high office, in the community where they are politically accountable – not over a taxpayer funded lunch in some backroom at Daytona “International” Airport at midday on a Monday (when absolutely no one who works for a living can attend) in the presence of their political handlers and benefactors. . .

When are our elected officials going to realize that this unmitigated fear of independent thought, creativity, self-reliance and strategic vision is blunting their best instincts and dragging our system of local self-determination into the dark morass of groupthink?

When will they stop paying fealty to uber-wealthy special interests and start fighting for the citizens and employees of the community they were elected to serve?

It is called base cowardice – and it is the last resort of craven politicians who shrink behind forced consent and conformity.

This Star Chamber approach to determining our collective destiny in Volusia County isn’t healthy to our democratic principles and time-honored ideas of political accountability – and it is high time our municipal officials come to that realization – or face the consequences of their lily-livered need for countywide consensus at the ballot box.