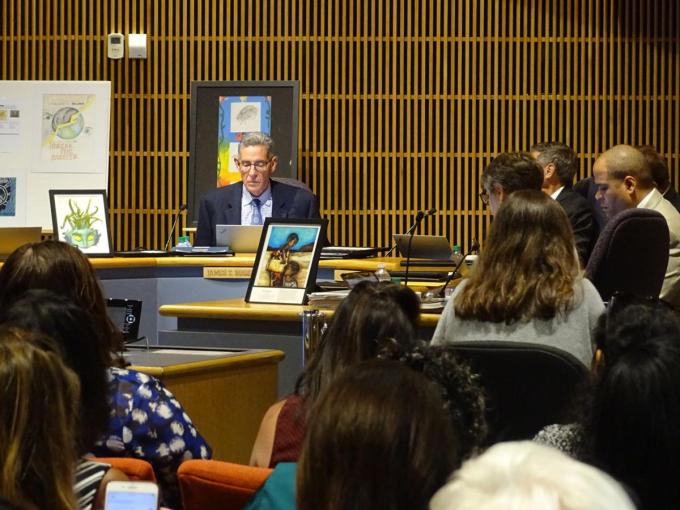 There is an incredibly transformational power in a heartfelt apology.

Trust me.  During my public service, I had many opportunities to issue sincere apologies for my own acts and omissions – and those of subordinates that I was responsible for.

Whenever I conducted dispute resolution meetings – from mediating arguments between employees to settling disciplinary issues and neighborhood squabbles – I was always amazed by how the atmosphere in the room shifted whenever someone said, “I’m sorry,” and took personal responsibility for their part in the issue.

When we make a mistake, there is a restorative quality in a sincere apology that can begin the process of setting things right – an acceptance of responsibility – a starting point to rebuild trust and heal relationships.

Earlier this week, veteran educator and President of Volusia United Educators Elizabeth Albert asked the Volusia County School Board to issue a formal apology for the unmitigated debacle at Mainland High School that saw hundreds of students sit for a fake Advanced Placement examination many thought would earn them college credit.

What has become known as the “AP ‘placebo’ exam” fiasco was the brainchild of Mainland Principal Cheryl Salerno (who is currently disputing a district slap-on-the-wrist) and clearly approved by senior administrators – to include former Superintendent Tom Russell. . .

In my view, this was no less than organized fraud – a scheme that adversely affected the scholastic lives of some 336 students – impressionable young people who will rightfully have a well-earned distrust of authority figures – and suspicion of a system that led them to believe they had a right to equal opportunities, then cheated them.

Yet, when the time came to begin the important process of righting this abominable wrong – and send a strong message of support and reconciliation to students, parents, teachers and staff – our elected officials quibbled away the importance of the moment by expressing support for the school.

In an outstanding report by News-Journal education reporter Cassidy Alexander, our elected officials were quoted:

“As an alumni of Mainland High, I love Mainland, I support the teachers, parents, students and alumni,” she said, quickly echoed by Jamie Haynes and Ruben Colon.”

“A lot of things happen that are extremely good at Mainland High School,” she said. “I think you can go into any public school, anywhere, and there’s going to be controversy. So, we have to be supportive of the employees.”

What the hell does that mean?

In my view, the district stands at a dangerous precipice.

By their failure to issue an apology to those who were harmed – and publicly support those teachers and staff members who were ignored when they called attention to this catastrophe in the making – our elected officials risk reinforcing a culture of silence where cover-up and self-preservation become the operative ethic.

If the Volusia County School Board doesn’t have the collective strength of character to admit a mistake and begin the incredibly difficult process of unifying a fractured organization and restoring the public trust, who do they think will?

Right.  She’s still blaming the anonymous complainant who had the courage to report this deception to the Florida Department of Education and sidestepping any responsibility for her actions while still at the helm of Mainland High School.

Please.  She’s gone.  Allowed to comfortably retire and exit the conflagration she helped ignite with a lukewarm “reprimand” and a healthy pension.

Volusia who?  Mr. Russell has moved on to the top job at Flagler-Palm Coast High School with a sack full of severance cash and a bright new future bringing his unique leadership and management style to yet another school district.

Just once I would like to see a Volusia County government entity drop the arrogant belief in their own superiority and infallibility – apologize for their abhorrent mismanagement and blatant disregard for the trust and confidence of their constituents – and humble themselves to the incredible responsibility of true public service.