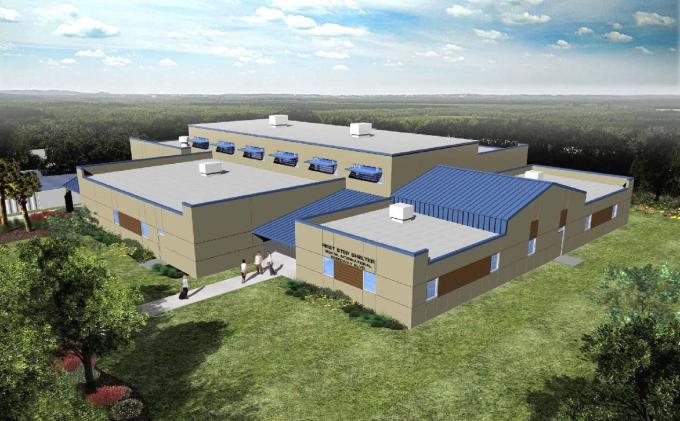 Much of what I post here on Barker’s View is a lighthearted take on our goofy local political climate  – a snarky look at our lives and livelihoods here on Florida’s fabled Fun Coast.

This isn’t one of those.

It’s a generally accepted fact that the murky circumstances surrounding the First Step Shelter debacle stink like ripe Limburger – a series of unprecedented missteps, blunders and bureaucratic sleight-of-hand that has seen the resignation of the shelter’s first executive director – the abrupt departure of two respected local leaders who stepped away from the Board of Directors in open disgust – while others inexplicably hold on, providing tacit approval to this sordid charade.

Now, things have taken an even darker turn. . .

One of the most obvious clues that our elected and appointed representatives no longer have our best interests at heart is when they use publicly compensated attorneys to devise a quasi-legal means to conduct the people’s business in the shadows.

Given the turmoil that has surrounded this tawdry shit show from the beginning, it is easy to forget that the money the City of Daytona Beach, County of Volusia, and, ultimately, the First Step Shelter Board are charged with stewarding belongs to us – public funds that originated from our pockets – collected from the individual citizen for the betterment and protection of the whole – not just the well-connected few.

The allocation and expenditure of this community treasure places an awesome fiduciary responsibility – a legal and ethical relationship of trust – with those we elect.

I think anyone paying attention will agree that the power grabs, mini-moves and political chicanery between the City of Daytona Beach and its horribly abused child, the First Step Shelter Board, have been a gross waste of time and money that has allowed the homeless assistance center to languish for years and driven the completion price to astronomical heights.

Now, the First Step board has found a way to corrupt and confuse even the relatively straightforward process for selecting the shelter’s next executive director by concocting a ruse to sidestep Florida’s Sunshine Law and interview candidates individually behind closed doors. . .

I mean, does anyone really care to listen to some middle-aged not-for-profit middle-manager describe their leadership style?

It’s the idea of a publicly funded social service embracing inclusiveness, transparency and bringing those of us who ultimately pay the bills into the room.

It’s about building a culture that values community input in the decision-making process from the start.

A total of 122 applicants from around the nation were whittled down to just six locals by volunteer-turned-$5,500-a-month public employee, Jane Bloom, and her partner in a bizarre co-executive director scheme, Leslie Bonner – using mysterious selection criteria known but to God.

(Who’da thunk that all the “high functioning multi-taskers” in the United States live right here in the Deltona–Daytona–Ormond Metropolitan Statistical Area?  Weird, right?)

This afternoon, board members will question the finalists privately, in a weird round robin format “outside the public eye.”

With taxpayers still reeling from the news that the shelter’s completion date has been pushed back an unconscionable fourth time – these witless assholes have cloaked the process of selecting the shelter’s leadership from public view – adding to the sense of utter chaos and confusion that has destroyed the public’s faith in the project and all but ensured an end to municipal funding sources and private donations.

In Florida, the Government in the Sunshine Law contains standards of ethical conduct applicable to all public officers and employees, to include governmental entities, boards and committees which set public policy and steward public funds.

In addition, Florida statutes specifically require that all meetings of state or local governmental boards or commissions be open and accessible to the public unless there is a specific statutory exemption.

And arbitrarily deciding that they don’t want us to listen in isn’t one of them. . .

These laws allow citizens to bear witness and observe the machinations of our government firsthand – to ensure our elected and appointed representatives are serving our collective interests in a transparent, legal and ethical way.

In my view, Florida’s hard-fought open meeting laws are sacrosanct – and should be celebrated and embraced by sitting public officials as the ne plus ultra of a participatory democracy – not shit on, evaded  and dismissed as a cheap means of political expediency.

Anyone who would participate in this pernicious backroom scam – on either side of the table – has already lost my confidence.  And my vote. . .

In my view, this miscarriage of our sacred governmental principles by what has become a shameless rubber stamp goes a step too far.

Asking a municipal attorney to devise a workaround to state law is beyond just another governmental screw job and transcends the stupid ideations of a horribly compromised political insulation committee.

And this has nothing to do with helping those less fortunate get back on their feet.

No, this is infinitely more sinister – somehow dirtier than before – and, in my view, it speaks to the “systems” pernicious need to be alone when it decides on just the right marionette to administrate this $1.1 million annual cash incinerator in the long term. . .