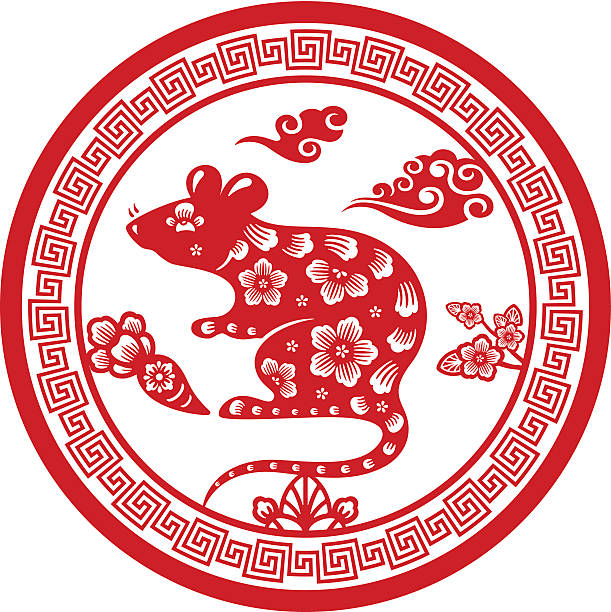 “Trust is a fragile thing – difficult to build, easy to break. It cannot be bargained for. Only if it is freely given it can be expected in return.”

Despite the rat’s unappealing reputation here in the west – the rodent ranks first among the twelve zodiac animals.

How the rat received that premiere distinction is an interesting story:

According to folklore, the exalted Jade Emperor – who, in Chinese mythology, ruled heaven and earth thousands of years ago – decreed that the place of each animal on the calendar would be decided by the order in which they arrived at his celestial party.

Needless to say, all the animals were excited to meet the Heavenly Grandfather as the Emperor was known, and the Cat asked the Rat to wake him from a nap so he would not miss the opportunity to ascend into the heavens and attend the grand soiree.

After thinking about it, the Rat feared he would seem unattractive to the Emperor when compared to the handsome Cat, so, he intentionally let the Cat oversleep and miss the party altogether.

Then, after outwitting the Cat, the Rat tricked the Ox into giving him a ride to the Emperor’s home in heaven. . .

Just as the pair arrived at the Emperor’s gilded door, the Rat jumped off the beasts back, landing ahead of the Ox, and scurried forward to gain the advantage and became the first animal to the enter the party.

Needless to say, the Ox never trusted that rat bastard again – and the vicious animosity that still exists between cats and rats is notorious. . .

I was reminded of this ancient tale of treachery and betrayal after reading The Daytona Beach News-Journal’s first editorial of the new decade, “Build trust in 2020,” which spoke of the ultimate importance of local efforts to restore the public trust and rebuild confidence in our local government in the coming year.

Unfortunately, it appears the Halifax areas current oligarchical system, which bears no resemblance to a representative democracy, coupled with an almost pathological need for secrecy – something at odds with our sacred principles and open government laws – has isolated a worried constituency from their elected and appointed representatives – isn’t going to change on its own.

For instance, earlier this week, WFTV’s intrepid investigative reporter Mike Springer – whose smarts, perseverance and grasp of the important issues ranks him among the best in the business – produced a disturbing story on his attempts to gain hard answers to where some $90 million in Community Redevelopment Funds were spent in the Main Street CRA.

According to the report, a tour of the area found abundant evidence of blight, dilapidation and civic neglect permeating the redevelopment area – to include numerous vacant storefronts, graffiti and pole banners in the Surfside Village historic district that were so tattered and faded the signs were unreadable. . .

The short question being how – with nearly a hundred million dollars over the transom since 1992 – could this relatively small area of our beachside still be an atrophied wasteland?

Given that the City of Daytona Beach has stopped formally communicating with the working press, Springer dutifully attempted to contact “Communications Manager” Susan Cerbone – a professional mouthpiece who is paid handsomely to guard the gate from pesky reporters and inquisitive citizens – by email for “three straight days.”

In a brazen display of just how far senior officials at City Hall will go to avoid external scrutiny – Ms. Cerbone (by email, of course) questioned what Mr. Springer’s “story was about” and, rather than be interviewed in an open, professional and transparent way, directed that the reporter tip his hand and forward a list of questions for review.

When Springer explained he was investigating “The Main Street CRA and how the city has used the money to reinvest and develop that district,” and logically asked to speak with the city’s redevelopment director Reed Berger – Cerbone mysteriously stopped communicating altogether.

It appears Mr. Springer has hit upon something that the City of Daytona Beach would prefer remain in the shadows. . .

The bureaucracy’s obvious unwillingness to provide an open accounting of where $90 million in public funds went – which actually equates to some $120 million over thirty years – and how, decades later, the redevelopment district (along with much of our core tourist area) remains mired in malignant blight and economic stagnation – is incredibly telling.

In my view, it is clear why Mr. Berger – who has stood unconscionably idle while the beachside and beyond deteriorated – wouldn’t want to answer a reporters pointed questions.

I don’t blame him.

But that’s his job, dammit.

At some point, shouldn’t responsible elected officials and municipal administrators come to the realization that perhaps the City’s Redevelopment Director should be held personally responsible for – I dunno – Redevelopment?

When it comes to matters of trust, a lack of substantive communication between elected and appointed officials and their baffled constituents typically doesn’t promote public confidence.

In fact, it destroys it.

It’s a big part of why Volusia County’s desperate push for a half-cent sales tax was soundly defeated last year – and the reason the referendum will go down in flames again if the same incompetent assholes remain in power when the question is returned to the ballot.

And the ongoing shit show that is the Volusia County Council – under the miserable reign of our doddering fool of a county chair, Ed Kelley – whose biweekly Captain Queeg impression has broken our faith and turned the legislative process into a tasteless joke – isn’t helping to repair our horribly damaged relationship with those who accept public funds to serve in the public interest.

This complete lack of values-based leadership and cult-like addiction to secrecy at all levels of government is perhaps the most troubling issue facing Volusia County residents – one that our current crop of rats have proven unable or unwilling to escape.

In our democratic system, just power is derived from the consent of the governed, and we don’t have to accept this – or stand by while those who have abused our sacred trust attempt to ameliorate their sins, rewrite history and stand for reelection.

I hope you will remember where true power lies come November.

3 thoughts on “On Volusia: The Year of the Rat”