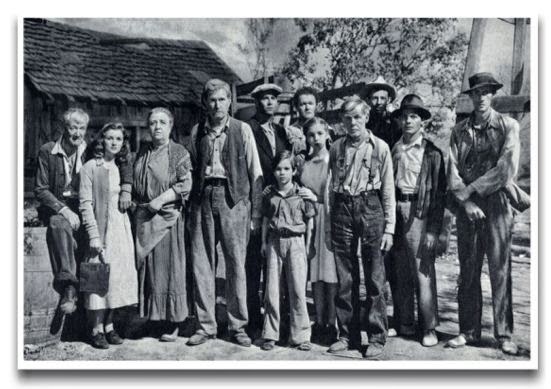 We all have an emotional breaking point, a place where situations and circumstances become so dark and disturbing that they overwhelm the better elements of our character – causing us to throw off the traces of civility – and surrender to the purely human ability to override one’s conscience.

Let’s face it – these are trying times – and not all of us, or the institutions we once relied on, will be the same on the other side.

On Sunday, Mr. Rice published his weekly op/ed column – an often wispy look the issues of the day – and, sometimes, an esoteric message only understood by a select group of well-connected intimates who’s gilded view of the Halifax area is completely different from those of us who try desperately to make a living, educate their children and make a life here. . .

The gist of Mr. Rice’s missive (I think) was his inability to grasp how anyone could have an opinion that contrasts with his elitist view of the world – specifically, how thinking citizens could question the merits of the national vote-by-mail initiative that has been contrived in the wake of the coronavirus outbreak.

What clued me into Pat’s mental meltdown was when he referred to those who use Facebook – which has become every man’s soapbox – to voice a dissenting opinion as “misinformed, uneducated knuckleheads.”

“…Facebook can be a cesspool where any knucklehead with a misinformed or uneducated political point of view can regurgitate it at the rest of us.

I know, there are also informed people who use Facebook to thoughtfully weigh in on local, state and national issues.  Let’s be honest: Those people are a distinct minority who are often drowned out by people who drink and post, or who serial-post truly fake news and opinion from clearly biased sources, or who share spurious conspiracy theories for partisan reasons.

It’s ugly on Facebook, and it’s only going to get uglier between now and the November general election.  My advice to everyone is to stop using Facebook altogether.”

Well, speaking for the rest of us, Mr. Rice, your unsolicited “advice” – which positions your media outlet as the only viable and informed viewpoint – goes against everything we know about the importance of competing ideas in a free and open society.

A smart friend of mine, and long-time News-Journal subscriber, who took righteous offense to being labeled an uneducated knucklehead by the editor of our local newspaper reminded me of a December 2019 editorial by Mr. Rice in which he arrogantly lectured Sheriff Michael Chitwood for accurately referring to the Volusia County Council as “scumbags.”

At the time, Mr. Rice was apparently apoplectic when Sheriff Chitwood’s gave an incredibly honest description of those misfits on the dais of power – who have subverted the democratic process and kowtowed to every want and whim of their political benefactors – when he called for the resignation of our doddering fool of a County Chair, Ed Kelley, and identified a “ruling class that will do anything to hold on to power.”

During his vehement defense of his friends in high places, Mr. Rice went on to remind the Sheriff that our “ruling class” have a first amendment right to “…persuade elected officials to see things their way.”

You and I don’t, because in Mr. Rice’s eyes we’re clueless assholes – but his clubby chums that comprise our social and financial elite – do.

Look, Sheriff Chitwood is universally known as a straight-shooter who calls it like he sees it – he doesn’t suffer fools – and his brash assessments often cut through the political pap and fluff to expose the heart of a situation or conflict – allowing for positive change.

What I don’t care for is condescending “do as I say, not as I do” twaddle from a clearly frightened and wholly compromised newspaper editor who’s allegiances have clouded his judgement – and reduced him to the same name-calling he claims to despise.

In my view, it is important to what remains of our democracy that we keep making our diverse opinions known on social media and beyond – scream it from the rooftops – until those we have elected to represent our interests realize there is some shit we won’t eat.

5 thoughts on “Rise Up and Be Heard You Uneducated, Misinformed Knuckleheads!”