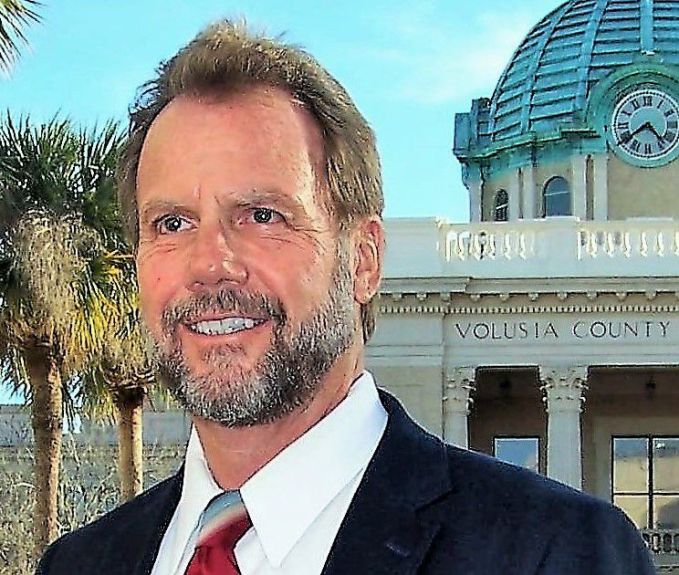 When it comes to Volusia County politics, I rarely get my hopes up.

While the faces on the dais change, the ‘system’ remains, and – for good or ill – the limitations of the charter dovetail precisely with the formal restrictions of the council/manager form of government to make it impossible for any one councilmember to effect even modest change.

As a result, our elected officials are largely steered by “staff” – career bureaucrats who invariably limit options by bringing narrowly defined “recommendations” that leave few alternatives – or protected by do-nothing committees, so narrowly defined, constructed, and neutered that they serve as little more than political packing peanuts that insulate the council from criticism.

As a result, much of the agenda is a foregone conclusion.

That’s not going to change.

On Thursday, it was difficult not to get caught up in the pomp and circumstance that began the first Volusia County Council meeting of the new year as returning and newly elected council members participated in the traditional swearing-in ceremony that marks the transfer of power.

A cause for hope.

The opening remarks given by Chairman Jeff Brower and incoming District 3 Councilman Danny Robins were nothing short of inspirational, reaffirming their personal commitment to the protections and provisions of the United States Constitution, returning county government to the people, a message of unity set amidst a backdrop of national political and social divide.

Watching from the comfort of Barker’s View HQ, I noticed that during the first public participation opportunity before the new council, there was a welcoming lightness in the chamber – and I was impressed when Chairman Brower thanked each citizen who addressed the body – as others in the gallery applauded the contributions of their fellow citizens.

Unfortunately, it did not take long for old ways and simmering animosities to bleed through the fresh coat of optimism that Chairman Brower had so carefully applied.

I have said it before, Councilwoman Girtman is clearly the intellectual superior and voice of reason, an incredibly bright servant/leader who understands the role of honor, integrity, and transparency in preserving the public trust, while always maintaining an open mind and staying above the fray.

Regrettably, Billie Wheeler used her nomination to spew the first blatant falsehood of the new council when she lied blatantly and with confidence: “I’ve been absolutely fair on all sides.”

Remember way back in 2019 when Councilwoman Post qualified to run for a leadership role in the Florida Association of Counties against Seminole County Commissioner Lee Constantine?

It would have been the first time in the 90-year history of the Association that a sitting Volusia County representative had been a candidate for the organizations Executive Board.

It was symbolic, but important – so much so that then Chairman Ed Kelley wrote a letter advancing Ms. Post’s candidacy on behalf of every citizen in Volusia County.

However, when the time came to support their colleague – in a shameful display of quisling, mean-spirited backstabbing – Councilwoman Wheeler joined former Chair Ed Kelley in actively and enthusiastically campaigning against Councilwoman Post!

Many viewed this despicable move as a classic double-cross – a highly disparaging betrayal of a fellow elected official – and a complete embarrassment to Volusia County.

I never forgot the sight of Wheeler and Kelley wearing Constantine campaign decals and beaming with pride at their four-flushing treachery.

When the roll was taken on the question of vice-chair, Ms. Girtman lost to Wheeler in a 4-3 vote.

Then, the real fireworks started.

When the discussion turned to the County’s response to the Coronavirus, Councilman Ben Johnson launched into an old-fashioned ass-chewing – dressing down Councilwoman Post for what he believed was her harsh treatment of Community Information Director Kevin Captain.

As I understand it, following the Florida Department of Health in Volusia County’s debacle at Daytona Stadium, which saw senior citizens camped in their cars in a first come/first served scramble for the COVID-19 vaccination, Chairman Brower called for a press conference to reassure worried residents that Volusia County government had nothing to do with this shit show – and confirm that an organized appointment system will be used in the future.

Apparently, Ms. Post didn’t get the word – because the information was buried in an email sent the night before – and she assumed a phone call would precede any media briefing to ensure that the elected officials were on the same page.

Naturally, Councilwoman Post felt out-of-the-loop and directed her frustration at Director Captain, rather than allow County Manager George Recktenwald to address the issue with his subordinate.

Everyone knows that communications between elected officials and staff can be precarious at best.

When an informational exchange crosses that razor thin line and is perceived as a “directive” or becomes disciplinary in nature – that can constitute a violation of the charter – and bad things happen.

Those protections are in place for a reason.  And Councilwoman Post knows that.

It was a tempest in a teapot – a classic kerfuffle – and Director Captain apparently got his knickers in a twist.

As a result, it became something Councilman Johnson clearly felt needed to be aired out in the bright sunshine of an open public meeting.

He shouldn’t have been.

In my view, perhaps this contretemps should serve as an early reminder to Mr. Brower that he is not the captain of a cheerleading squad.

The Volusia County Council is a group of duly elected representatives – the handmaidens of public policy – each with their own views, agendas, and constituencies.

Doing the “people’s business” can be messy and fractious, marked by bitter disagreement and the debate of competing ideas, as the governing body works to sort the wheat from the chaff, build consensus, and come to terms on the best way to serve the collective interests of the people.

In my view, it is healthy to air grievances, argue the fine points, and leave nothing unsaid.

By hashing out differences and speaking their minds – councilmember’s can reduce the risk of frustration turning into animosity.

It is a government – whose power is derived from the will of the governed – not an exclusive club where everyone is expected to play nice and maintain appearances in public.

In fairness, Mr. Brower should be allowed a honeymoon period – a time to build his parliamentary chops – and better understand the often-quirky personality traits and hidden intrigues of his “colleagues.”

One thing is clear – Chairman Brower’s heart is in the right place – and the rest will come in time.

Besides, its apparent Chairman Brower has District 5 Councilman Fred Lowry to help him navigate the humps and bumps of contentious meetings. . .

In my view, Dr. Lowry has been such a non-contributing factor that many thought he was suffering some form of voluntary mutism – after all, he hasn’t uttered two-words from the dais in the last five-years – yet suddenly came out of his hard candy shell last Thursday as a virtual Font of Wisdom and our preeminent expert on the minutia of Robert’s Rules of Order.

I couldn’t tell if Dr. Lowry was being condescending, attempting to take charge, or just awkwardly welcoming Mr. Brower to the political mosh pit?

I’m willing to give our “new” elected officials a chance to get their sea legs, to heal old wounds, and prove their stated commitment to building a better Volusia County through a renewed focus on returning a government of the people – while reshaping a positive vision for the social, economic, and civic future of all residents.

A new year. A fresh start.

Please join Barker’s View this afternoon on GovStuff Live! with Big John beginning at 4:00pm as we take your calls and discuss the local issues affecting our lives and livelihoods here on Florida’s Fun Coast!

It’s the fastest two-hours in radio!

6 thoughts on “A new year and a fresh start”