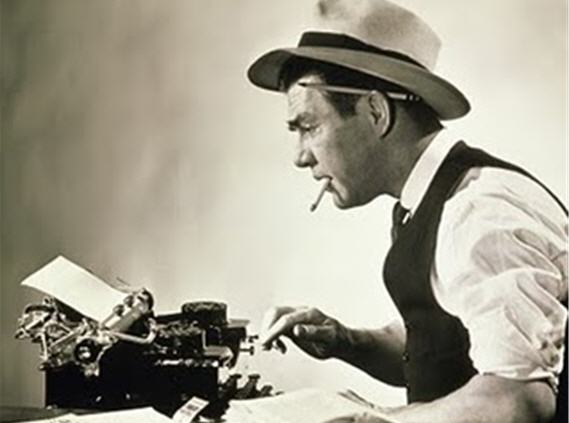 I am not a writer – and certainly not a “journalist.”

At best, a dilettante opinionist, at worst, a blowhard with internet access. . .

I regularly receive requests from loyal members of the Barker’s View tribe asking that I “investigate” a governmental excess or inefficiency – or “look into” some political intrigue or right a civic wrong that media outlets have turned up their noses at – and, on occasion, these requests pique my interest and I’ll make a call, do a public records request, or ask around to satisfy my own curiosity.

And sometimes those who contact me go away pissed because I do not share their moral outrage over an outsized water bill – or the fact their trash was not collected on time – or demand answers as to why Volusia County won’t maintain their driveway, etc., etc.

Sadly, regardless of the issue at hand, in nearly every case the person who calls me demands anonymity – a request I always honor – because they fear retribution from their own local government if it were known they were seeking answers, even to relatively benign questions.

Most of the time I refer the concerned reader to their elected representative (a name they rarely know), a resource that had not crossed their minds, because so many politicians stop acknowledging the concerns of their constituents about 12-minutes after they win an election. . .

Many times, those who reach out to me are just like-minded souls who want someone to listen to their concerns or kibbitz about the issues of the day.

I know how that feels – and nobody likes hearing the rumors and gossip more than I do.

But the fact remains, I don’t ‘report the news’ in this space – I wouldn’t know how – yet I am all too quick to tell those who do how the job of covering the news should be accomplished (playing the hyper-critical know-it-all is kind of my schtick. . .)

I’m not saying that local media outlets aren’t their own worst enemies at times – because they are – but when I read a news story regarding community issues without official comment, or listen to a television reporter stand before the camera and say with a frustrated sigh, “..and (insert highly paid government officials name here) didn’t return phone calls on Monday or Tuesday seeking comment,” or “We don’t comment on litigation, personnel issues, anything of substance, etc., etc.” – normally followed by a canned written statement from something called a “Public Information Officer” – I get the feeling that true transparency and outreach in government is a thing of the past.

And it becomes apparent that the chasm between our government bureaucracies and the working press has never been wider.

When I was playing government – I worked for a small municipality that didn’t have a public information staff to spin a response to media requests.  As a result, I learned the importance of openness and honesty when providing a release, always done with daily personal contact with the reporter – making sure their needs were met and developing trust over time.

As a result, I became friends with many long-time reporters – some of whom remain close to this day.

While those personal and professional relationships did not insulate me from the occasional trip to the woodshed – they allowed me to push critical information to the public, explain situations without fear of having the information released prematurely, and involve the press as a trusted and valued member of the team during emergencies.

With that citizens got to know their public servants by name – and knew who to call when they needed help.

(Two-years after I retired, I was still receiving calls on my cell phone from former constituents who didn’t realize (or care) that I was no longer their police chief – they just wanted me to sort out a problem they were having. . .I miss that.)

Perhaps that accessibility is why a hack like me gets so many requests from citizens searching desperately for help navigating the rat maze that passes for our ‘Halls of Power’ during their search for that illusive kernel of truth?

In the information vacuum that has been created by the increasingly insular nature of our elected and appointed officials, many taxpayers take to social media for answers – seeking validation of their suspicions – speculating on the who, what, why, when, and how of public policies and positions that effect our lives and livelihoods – effectively becoming ‘citizen journalists’ seeking clarity in the murky world of local politics and passing that knowledge on to their neighbors.

It also gets confusing when elected officials wade into the often-contentious waters of social media to argue with their frustrated constituents or harangue them for taking a position contrary to the carefully crafted official narrative, odd behavior from those holding positions of trust that breeds more questions and solidifies the notion that citizen input in the process is unwelcome and almost universally ignored by decisionmakers.

I’m not sure consolidating, hoarding, and controlling the release of information as a means of maintaining power and control over the governed is how things are supposed to work in a representative democracy.

So, if you have questions about pressing civic issues – or just need help with a government service – I encourage you to reach out to your elected representative at the city or county level and share your concerns with them – and ask for their help.

Demand answers and make your needs and opinions known.

Better yet, attend a public meeting and address your elected officials during what passes for public participation – it is every citizen’s right and civic responsibility to seek information and contribute to the greater discussion – even if those on the dais of power sit there staring into space like gargoyles – I guarantee others in the community who share your concerns will be grateful for your involvement.

Then, if you fail to get a prompt and respectful response from the official who was elected to represent your interests, you know who to cast your sacred vote for in the next election.

That is where the ultimate power lies.

5 thoughts on “The Citizen Journalist”