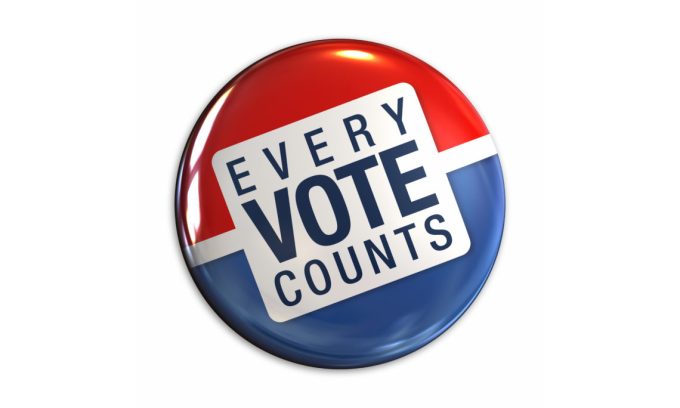 My stock in trade is poking fun and making snide observations on the abject absurdity inherent to local politics – an always jaundiced look at the weird mechanics of governance here of Florida’s Fun Coast – and the interesting characters who practice it.

I enjoy the spirited debate, the competition of ideas, and the concept of furthering a wider discussion of the issues as we work together for the greater good – and as a former senior public official in a local municipality – I have endured the often-withering criticism, and understand the great responsibility, that comes with accepting public funds to serve in the public interest.

The truth is, now that my public life is over, I have a great deal of respect for anyone with the strength and courage to stand for elective office – especially in this dismal political environment – and I realize better than most the important role elected officials play in crafting, debating, and implementing the policies and procedures that have such a dramatic impact on our lives and livelihoods.

As our political climate turns meaner, more aggressive – even cutthroat – where will we find good men and women willing to subject themselves to the fiery furnace of public service?

There are many theories why interest in elective community service is waning, but the evidence is clear, most people no longer want to associate themselves with what modern politics represents.

After all, who in their right mind would want to hold themselves out for high office given the personal, professional, and financial cost of admission?

It begins with the withering criticism, bald-faced lies, and fabrications inherent to the open warfare of the campaign – even minor office seekers are subject to having their lives laid bare, with every youthful indiscretion and decades-old lapse in judgement magnified, embellished, and trotted out for the world to judge – then comes the razor-thin tightrope of begging funds and support from friends, neighbors, and supporters without succumbing to the lure of “big money” donors, a Faustian bargain that often sees good people transforming into everything they hated when they got into politics.

Add the fact we live in a time when one’s political affiliations are hurled as epithets – and even reasonable people are forced to the fringe when party politics insinuates itself into allegedly “non-partisan” local races – where those rabid yahoos who inhabit the upper echelon of various executive committees, clubs, caucuses, and coalitions support candidates based upon party loyalty and malleability, rather than intellect and civic vision.

After navigating the heat and ash of a hard-fought campaign, the newly elected official is forced to jump headfirst into the fetid shit-pit that passes for ‘governance’ – a place where wide-eyed neophyte politicians enter The Thunderdome – only to be set upon by their more experienced, and often wholly compromised, “colleagues” who immediately set about pounding them into the round hole of lockstep conformity.

For their trouble, critics like me snipe and poke fun from the relative comfort of the cheap seats – picking apart every decision with the crystal clarity of 20-20 hindsight – exposing the absurdity of a “system” now totally controlled by senior bureaucrats, entrenched insiders with a chip in the game, and those with the wherewithal to control their environment with exorbitant campaign contributions.

Many begin the journey with the thankless task of volunteer service on various advisory boards and civic committees – spending hours in meetings, studying the intricacies of issues important to their community’s future, finding equitable solutions for their neighbors, and hashing out sound recommendations – only to have their hard work, and well-thought advice, arrogantly ignored by elected officials more interested in getting reelected than doing the right thing, for the right reasons.

On Tuesday, Daytona Beach residents of Zone 2 will cast ballots during a special election to replace former Commissioner Aaron Delgado who moved out of the district and relinquished his seat earlier this year.

The race has drawn four contenders, good citizens willing to hold themselves out for the opportunity to serve the needs of their neighbors – at a time when the City of Daytona Beach stands at a crossroads – one path leading to renaissance and resurgence, the other to more of the same.

It is an important decision, given that Zone 2 covers much of the core tourist area of the beachside south of Oakridge Boulevard, and sections of the mainland along Mason Avenue to Nova Road – both established areas of the community in desperate need of revitalization.

If you live in Daytona Beach Zone 2 and have done your homework, I’ll bet none of the four candidates represent all things to all people.  Each taking difficult positions on divisive issues facing the community, like short-term rentals and auxiliary dwelling units, beach access, and how to manage the out-of-control development that is threatening the quality of life for all East Volusia residents.

In my view, Ken Strickland represents a quality choice for Zone 2.

I met Ken through his civic activism on beach driving and access issues, and later shared a radio microphone with him on Big John’s GovStuff Live! community forum, where I found him to be extremely well-versed on the myriad issues facing Daytona Beach and beyond – someone focused on the needs of all taxpayers, not just the out-sized wants of well-heeled insiders – always open and accessible to anyone seeking information or assistance.

In my view, Ken Strickland is a tireless advocate for the citizens and a champion for our unique lifestyle in the Halifax area – and his inclusive solutions to the long-term issues we face speaks to the frustrations of many in our community who are desperately looking for a new way forward.

While Ken may not check all the boxes on your individual list, residents of Zone 2 owe it to themselves to take a close look at Ken’s impressive community involvement, and his fervent attempt to sound the klaxon while there is still something worth preserving.

In my view, Ken Strickland has dedicated himself to making our community a more livable, fun, and environmentally resilient place to live, work, learn, and play – and he is deserving of taking his proven commitment to community improvement to the next level.

Regardless of who you chose to cast your sacred vote for – if you are a resident of Zone 2 – I hope you will participate in this important process.

Next year, due to redistricting, all members of the Volusia County Council will be up for reelection, with the exception of County Chair Jeff Brower, a rare opportunity to make a mid-term political correction to perhaps the most dysfunctional elective body in Florida (which, like The Stranger said, “…places it high in the running” for most dysfunctional anywhere. . .)

At a time when our community, and our nation, is so horribly divided along political and ideological lines, perhaps we can all agree that participation in our hallowed political process – the idea of casting our vote for the candidate who best represents our interests and vision – is the epitome of good citizenship and critical to building a better community for everyone.

If you have that fire-in-the-belly to serve, I hope you will consider a run for public office – or service on a local advisory board in your community.