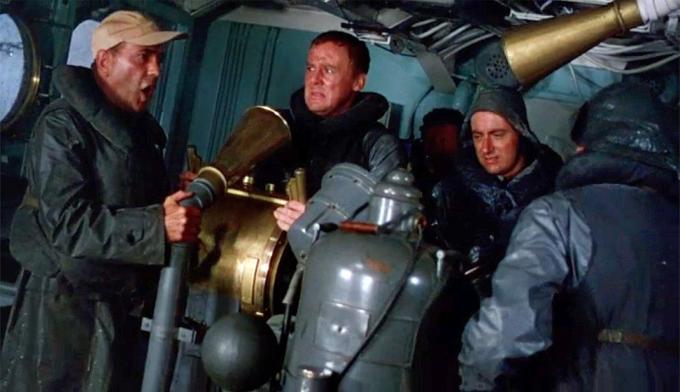 As regular readers of these jeremiads know, each Friday, Barker’s View hosts something I like to call “Angels & Assholes” – a jaded look at who tried to screw us, and who tried to save us, during the week that was.

Guess which column the Volusia County School Board will appear in this week?

On Tuesday evening, stakeholders sat slack jawed as they realized just how far afield the Volusia County School Board has strayed from the fundamental principles of our democratic system – now charging headlong into the realm of tinpot despots convinced of their own infallibility – as they arrogantly ignored the fervent pleas of their staff, constituents – even their own written rules and policies.

With a wave of their gilded scepter, our elected dullards unanimously appointed a controversial chief executive with no identifiable public process or input.

The move came following an eleventh-hour manipulation of the public agenda telegraphing that former Deputy Superintendent Dr. Carmen Balgobin, who mysteriously fled Volusia County for a similar post with Broward County Schools, would be appointed “…as Superintendent of the School Board” (whatever that means) in the wake of Dr. Scott Fritz, who left the helm with a sack full of severance following a tumultuous resignation/termination last month.

From the outset, it was clear that School Board members had made up their minds well in advance and the decision to hire “Dr. B” was a foregone conclusion – full-speed ahead, damn the torpedo’s, and to hell with anyone aboard this foundering ship of fools who disagreed with their absolute authority to do as they wish. . .

Unfortunately, their determination to ramrod Dr. Balgobin’s appointment didn’t stop our elected officials from indulging in their interminable hyper-dramatic soliloquies – the lachrymose mewling and cooing that left one keen observer equating School Board member Jamie Haynes to actress Amber Heard – openly weeping, but no tears. . .

An absurd, round robin whine ensued as they explained, ad nauseum, why Dr. Balgobin was the best and brightest we could hope for (in a field of one?) – a weird, overacted melodrama that had many asking:

“Who are they trying to convince?  You? Me? Themselves?

In my view, the Volusia County School Board did not do their unanimous choice any favors.

During her sermon to fellow board members, Ms. Haynes repeatedly alluded to some cryptic atrocity that drove Dr. Balgobin from Volusia County Schools – a yarn that conjured scenes of horrific barbarism (personal or professional?) – that suggested Balgobin did not take the job in Broward County (and the massive pay increase it provided) by choice.

In a strange dance, Ms. Haynes stopped just short of spilling the beans like a scene from some M. Night Shyamalan movie – warily glancing at board attorney Ted Doran like he was waiting to slap her with a ruler if she crossed some invisible line – giving less than the full story, which diminished her credibility and frustrated those of us waiting for the other shoe to drop.

This same muddy storyline played out during Chairman Ruben Colon’s monotonous monologue – yet, each time, the story stopped maddeningly shy of the complete transparency that may have garnered public support for Dr. Balgobin – robbing her of that “Ah-ha! That explains it!” moment that could have turned the widespread internal and external perception that sees Balgobin as an extension of Dr. Fritz, a mercenary, or both – and explain the reason(s) why she jumped ship in the first place.

Now, with the haste of recalcitrant children hellbent on getting their way, that opportunity is lost forever.

In an informative article by education reporter Nikki Ross writing in The Daytona Beach News-Journal, Volusia United Educators president Elizabeth Albert said what many were thinking:

“Albert said the decision Tuesday sent a “very strong message” to employees on whether or not they valued their input.

“There will forever be a connection between Balgobin and Fritz,” Albert said, noting that Balgobin’s departure from the district was abrupt and without explanation. “How can you bring her back to an environment that won’t be open to her? You would be disadvantaging her by appointing her now.”

So, where do we go from here?

Apparently, the only thing left is for Chairman Colon and Mr. Doran to cobble together a contract (hopeful devoid of the confusion found in the Fritz agreement) which will offer Dr. Balgobin no more than a 3% increase in total compensation over what Dr. Fritz was commanding.

As I understand it, a special meeting will be noticed for Tuesday, May 17, which will allow School Board members to rubberstamp what will no doubt be a very lucrative contract designed to lure Dr. Balgobin back into the turbulent waters of the Fun Coast.

In my view, Tuesday’s decision was an ill-thought gamble during an election year – the age-old roll of the dice by our elected dullards which speculates, “Will the Little People remember how we ignored them – shoved our choice down their throats over an open, transparent, and competitive process – or will their apathy and short memory prevail again this election season?”

This hasty decision by the Volusia County School Board is crying out for political accountability: The obligation of those elected to high office to serve in the best interest of the public through strict adherence to established policies and transparent processes – or be held liable for their acts and omissions at the ballot box.

Now, that responsibility lies with the voters of Volusia County.

15 thoughts on “A Foregone Conclusion”