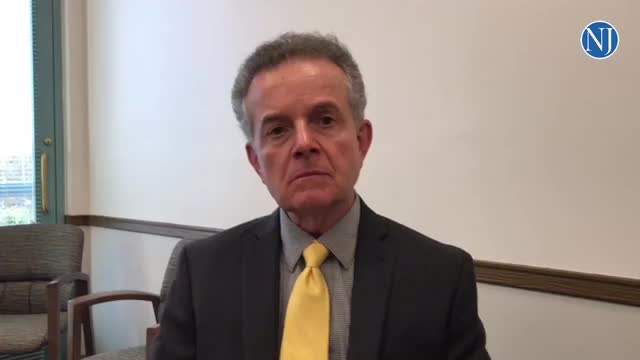 The ability to agreeably disagree, to engage in the peaceful competition of ideas, and passionately debate the issues of the day in a thoughtful way are the hallmarks of our freedom of speech and self-expression – those inalienable rights that so many have fought and died to protect.

I write an opinion blog – one that is often hyper-critical of those who are elected and appointed to wield the massive powers of government in the public interest.  I consider this forum part of the checks-and-balances that protect our democratic values and processes, although the reality is I am merely an ant fighting an elephant – and while the battle may be fun to watch – I realize that I am no match for the powers that be.

And I never forget that my point of view is but one facet of any issue.

For instance, in his recent editorial in the Daytona Beach News-Journal, my friend Greg Gimbert wrote, “It’s all over social media: Fire Jim Dinneen. People have been copying and sharing it.  But that isn’t how local government is supposed to work.”

I agree with him on one point:  Nothing about our system of governance in Volusia County is the way local government is “supposed to work.”

In my view, he’s wrong about the rest.

According to Mr. Gimbert, the only metric which determines whether Volusia’s county manager position is operating as intended is the alignment of council member votes and their apparent agreement on every issue coming before them.

“There is consensus on every issue; thus, the county manager is doing a good job in the eyes of his employers, our County Council.”

His argument holds that those who are actively calling for the termination of County Manager Jim Dinneen are acting out of frustration – blaming the tool instead of the hands on it – and that the true problem facing Volusia County residents are the “policy-makers” – our elected officials who ostensibly give an obedient county manager his marching orders.

The argument proposed by Mr. Gimbert assumes two very important points – the first accepts that we are living in a representative democracy, the second presupposes a council/manager form of government in Volusia County.

It also presumes that Mr. Dinneen gives a Tinker’s damn about the “policies” and directives of our horribly neutered and wholly out-of-touch elected officials.

Even a casual observer of local politics quickly understands that we are living in a bastardized oligarchy – a system controlled by a few outside influence brokers, distinguished by wealth – who insinuate large sums of cash (personally and through various business entities they control) into local political campaigns while insulating Mr. Dinneen from the normal oversight and control of the elected body.

As I’ve said before, the infusion of Big Money into individual local races by a few exclusive insiders who have proven time-and-time again that their motivations are purely self-serving, doesn’t make Volusia County unique – but it certainly establishes the political pecking order and directs the ebb and flow of public resources.

It also tips the balance in favor of a select few individuals and corporate interests in an environment where the average per capita income is approximately $24,000.

The net-net of these large investments to artificially control the outcome of local races is the very foundation of this oligarchical system we’ve come to collectively accept.

Smart people like J. Hyatt Brown, Lesa France-Kennedy, and Mori Hosseini are highly successful for one reason only – they don’t spend a dollar without knowing exactly what the return on that investment will be.

I don’t know about you, but when I spend money, I expect something in return.  In this case, the local ruling class – those few the Daytona Beach News-Journal has dubbed our Rich & Powerful – make these strategic campaign contributions with the understanding that their personal, civic and professional interests will outweigh those of the average citizen every time.

You want to see consensus?  Hide and watch the next time Mr. Brown, Mr. Hossieni or Ms. France-Kennedy enter the council chambers to support an issue.

The fact is, the policy-makers change – but the policy never does – and it never will, until the outsized influence of a few uber-wealthy power brokers is removed from the equation.

Otherwise, the result will always be a co-opted system which serves its masters on-demand, invariable directs public funds to private interests and protects the key facilitator from internal and external political threats.

When you add to that Mr. Dinneen’s patented “public policy by ambush” strategy – where controversial issues are sprung on “surprised” members of the county council and their long-suffering constituents – totally off the advertised public agenda – and one cannot help but come to the realization that our elected officials are mere handmaidens to their outside handlers who don’t extend them so much as the courtesy of a briefing.

All they know, or need to know, is how to vote.

The fact is, our elected officials in DeLand haven’t had an original thought in years.

Innovation and inventiveness was tactically removed from the system in favor of a “go along and get along” process that rewards homogenized conformity and punishes creativity.

The myriad problems, missteps, open mismanagement and gross ineptitude repeatedly exhibited by Mr. Dinneen and his senior staff – political and operational pratfalls that have left our elected officials looking like out-of-touch hayseeds with a cognitive disorder – with no accountability, confirms the idea that this “system” of ours bears no resemblance to quality governance.

I agree with Mr. Gimbert’s assertion that the solution to the problem is upstream of Jim Dinneen – but the headwaters of the problem remain outside what passes for democratic governance in Volusia County.

Make no mistake, We, The People, are right to call for Jim Dinneen’s termination – and to vote for candidates who understand the importance of political independence and value citizen input in the process.

We have a responsibility to restore civic accountability and ultimately change the nature and focus of a system that continues to benefit an influential few while ignoring the needs and unique heritage of Volusia County residents.