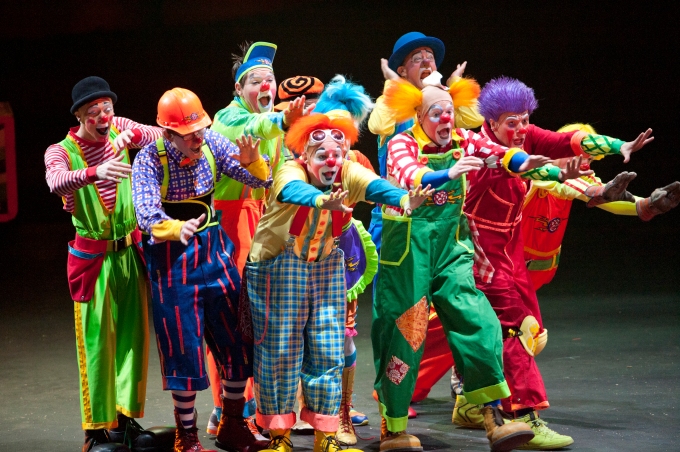 Most regular readers of this forum understand it for what it is – my wacky opinions on the news and newsmakers of the day.  One man’s undiluted views on the issues that affect our lives and livelihoods here on the Fun Coast.

Look, I read the paper.  I’m not some wise sage spouting prophecy and waxing philosophic – and I am damn sure not a tenacious news reporter down in the trenches ferreting out the truth.

When you tune-in to Barker’s View, expect the frustrated rants of an uneducated oaf who sits around in his boxer shorts, pours three-fingers of bourbon in his morning brew, and broods heavily on the machinations of our elected and appointed officials.

No more, no less.

I rarely opine on international affairs, or delve into national politics, because, frankly, I don’t understand most of it and there is little I could do to change it if I did.

Besides, Volusia County is fertile ground for petty political intrigue – the good, the bad and the ugly of what passes for local governance.

(And I’m nothing if not petty.)

I have a working theory that the reason “things” are so messy here is due in large part to the strange, multi-layered oligarchical system that is Volusia County government.  While some will disagree, even those with a passing interest in local politics are coming to the realization that the point-of-the-spear – our elected officials – simply go where unseen forces take them.

And it has nothing to do with the needs, wants and concerns of their constituents.

As a result, it appears some of our representatives have just stopped trying.  By design, or necessity, they simply do what they are told, when they are told to do it.

For instance, last week in this space I spoke of my total astonishment at a late-night social media post by our doddering fool of a County Council Chair, Ed Kelley, when he exposed himself as a naïve asshole on the terms of the massive bond proposed for County Manager Jim Dinneen’s colossal courthouse/county office facility in Downtown Daytona.

For the record – the Daytona Beach News-Journal reported (on the front page) that the cost of the courthouse development – the most expensive public project in the history of Volusia County – was expected to cost taxpayers between $165-million and $260-million over 30 to 40 years.

Also – for the record – it was Jim Dinneen who provided these figures to the newspaper.

Then, things just got weird.

This morning I read a piece written by the intrepid Dustin Wyatt in the News-Journal, which explained that for months before Mr. Dinneen launched his ‘Grand Reveal’ of the courthouse project, there were a series of “behind-the-scenes” meetings, far removed from the public eye, involving “Attorneys, judges, law enforcement officials, and architects” – even Councilwoman Heather Post attended one of the backroom discussions in her role on something called the Public Safety Coordinating Council.

But when Reporter Wyatt asked the one person who should be “in the know” on the largest expenditure of public funds in the history of his jurisdiction – Chairman Ed Kelley – if he attended any of the lead-up meetings, he “demonstrated how far removed the public, and even some of the top elected officials, were from the process.”

“What meetings?”  Kelley exclaimed – exuding all the confidence and leadership of a botched pre-frontal lobotomy victim.

“Not sure of any meetings.”

Minutes of these “stakeholder” meetings – confabs that were apparently so secretive even the Chairman of the Volusia County Council was kept in the dark – are part of a quarter-million-dollar report which began life as a nondescript judicial facilities study on the council’s consent agenda last fall.

I guess Ed’s not a stakeholder.  Neither are you or me.

He’s not very perceptive either.

One month ago, Jim Dinneen – in his patented “public policy by ambush” strategy – made the surprise announcement describing the “preferred option” of bureaucrats for our new office and courthouse facility before the Volusia County Council.

I say “surprise” because the proposed $260-million-dollar issue wasn’t listed on the printed agenda – and neither the elected officials, or their constituents – were wise to it in advance.

Whenever Mr. Dinneen is involved in capital improvement projects or facilities planning – the patented strategy will always be to allow years of neglect, and an expensive external “needs study,” to precede an ambuscade announcement that “we” – the taxpayers – are building a Taj Mahal replacement complex that will better serve the convenience of government over the needs of the public it serves.

At the end-of-the-day, Mr. Dinneen’s near-constant attempts to keep certain segments in-the-loop – and others completely in-the-dark – during the planning stage of any project invariably results in a Circus atmosphere that always overshadows the important issues under consideration – and gives clowns a bad name.

Don’t take my word for it – let’s take a walk through the dusty Big Top of recent history (careful, mind the horseshit and elephant dung):

From Jimmy’s proposed multi-million-dollar consolidated public works complex, to the “shocking” off-the-agenda announcement that the languishing Desert Inn/Westin project was transmogrifying into a “Hard Rock” something-or-other – complete with retroactive legislation to preserve the removal of beach driving provision that We, The People were promised would go away if certain very specific performance provisions weren’t met – to the still mysterious rumblings of a “boardwalk extension” that is actively being budgeted, but not talked about, to the blight and dilapidation of county-owned properties, and a surprise parking lot purchase in the heart of the Main Street redevelopment area, etc., etc.

Add to that the suspicious “economic development” giveaways, the sale of public property to private interests for half its just value, our High Sheriff Mike Chitwood’s continuous warning to anyone who will listen that Jim Dinneen is a “lying sack of shit,” the massive pay and benefit increases for inept senior management, and the lack of substantive citizen input in incredibly expensive and controversial issues – and you get the idea that things are happening in Volusia County despite our elected representatives – not because of them.

3 thoughts on “On Volusia: Disorder in the Court!”