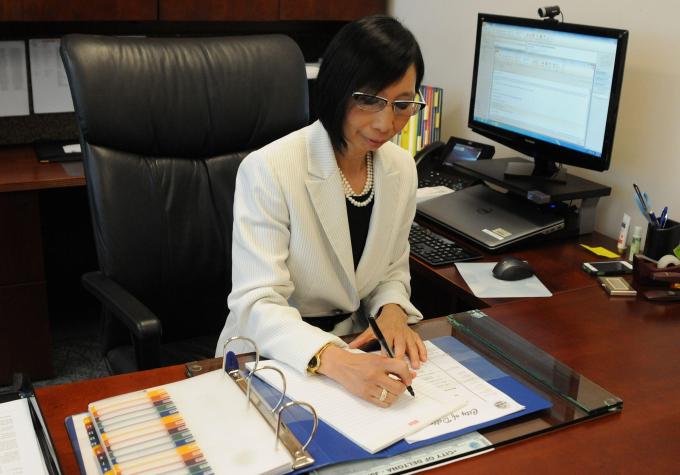 I’m touched by the kindness of my readers.

The fact that someone takes the time to seek out and read an alternative opinion blog tells me they are active and engaged in the affairs of our community – thoughtful, inquisitive citizens who consider all sides of an issue before forming views on the important issues of the day.

When I started this experiment, I could not have imagined that just three years on thousands of people from across the globe would read Barker’s View each month – and I am incredibly moved when someone reaches out to compliment my writing style, or say that my goofy take on things made them laugh.

I often say that I don’t write well – but I write a lot – and I am reminded of that fact every time I read the work of an author or journalist I admire.

Because I don’t have a formal education, I’ve become a good mimic of writers, poets, playwrights, reporters and columnists that move my emotions because, at the end of the day, that’s what it’s all about – altering perspectives and challenging the reader’s views in a way that brings positive change – or provides, as Conrad said, “That glimpse of truth for which you have forgotten to ask.”

A colleague asked me the other day, “Why do you do this?”

He pointed out that my often-provocative essays have changed how some very important people view me in the community – in fact, many in a position of power really don’t like what I have to say about the machinations of government – or the sources and origins of the money that greases the wheels.

Trust me – there are a few very influential insiders in Volusia County who benefit, personally and financially, from this bizarre system that consolidates power in weird Star Chambers like the shadowy CEO Business Alliance, comprised of incredibly successful millionaires and billionaires – many of whom have received tens-of-millions in government subsidies, handouts and contracts.

But who will call bullshit?

Who works to expose the inner-workings, the sausage-making and backroom intrigues, collusion and maneuvers?

The answer to my friend’s question is at once simple, yet extremely complex:

I write my opinions on the injustices, the ineptitude and inherent corruption of this oligarchical system we find ourselves mired in because I desperately want positive change – I want people to know that we don’t have to accept this blight, dilapidation and neglect that is the natural byproduct of a “pay to play” hierarchy, where the needs of a wealthy few always outweigh those of the silent majority who are expected to pay the bills and remain silent – or else.

I want what we all want – even those who despise everything I stand for.

Believe me, I’m no more courageous or intelligent than the next person – in fact, most of what I see in the shadows of government I don’t understand at all – I simply want my sweet granddaughter and future generations in the Halifax area to live in a place that offers them a level playing field.

A place where achievement is based upon a willingness to work hard at work worth doing.

Where her ability to succeed isn’t dependent upon the color of her skin, or the size of her bank account, or measured by how many politicians she may or may not have in her back pocket.

I want her to live in an environment with clean water to drink, and fresh air to breathe – a place where every tree isn’t felled to make way for another convenience store or half-empty strip center – where greenspace and natural areas are valued as much as mega-developments and ‘theme’ communities with 8’ lot lines and a sickeningly contrived ‘lifestyle.’

And I want her to have the ability to control her destiny – and that of the community in which she lives – through an inclusive, participatory government based upon our hallowed democratic principles – a system which actively listens to the thoughts, opinions and diverse views of its constituency and weighs the needs and wants of the lessor among us with the same vigor and importance given to those of the ‘Rich & Powerful.’

I also want her to have the ability to speak out on issues of civic concern without facing the intimidation and fear of those elected and appointed to represent our interests on the dais of power.

If you haven’t already, I strongly encourage everyone to read the intrepid reporter Katie Kustura’s excellent exposé in today’s News-Journal, “Deltona complains of woman’s recording,” which details the despicable bullying tactics of Deltona City Manager Jane Shang, and that cowardly troupe of compromised flunkies on the City Commission, who have knowingly and intentionally misused the full might of Volusia County law enforcement to silence a vociferous critic.

It tells the story of Brandy White, a concerned citizen and activist who has worked tirelessly to expose the dysfunction and ineptitude of the Shang administration.  In April, Ms. White went to City Hall to obtain the results of a public records request regarding the city’s controversial civic center.

To document the encounter with public officials, White recorded her interaction with Deltona Finance Director Tracy Hooper in a public area of the building.

In turn, Shang – apparently with the full knowledge and acquiescence of the elected officials – directed Hooper to provide a sworn complaint to the Volusia County Sheriff’s Office alleging intentional interception of oral communications.

When this serious felony charge had the desired effect of silencing Ms. White – in May, City Manager Shang used the same appalling tactic against another critic – Patricia Gibson – when she rightfully pointed out state licensing issues with a caterer hired by the City of Deltona.

If you’re not moved to seething rage – perhaps you need to rethink what’s at stake here.

You really want to know why I write this goddamned blog?

It’s to bring attention to shit like this – a wholly dysfunctional and completely corrupted “government” run amok – public officials (in the loosest sense of the term) who set upon outspoken critics like a pack of rabid wolves and crush dissent under the iron boot of an incestuous system intent on preserving the status quo regardless of who or what they have to destroy in the process.

It’s high time Governor Rick Scott, the Volusia County Sheriff’s Office, the Florida Department of Law Enforcement and the Office of the State Attorney turn their focus to the likes of Jane Shang and those elected officials who have abused their constituents, flagrantly violated both the letter and spirit of our sacred open records law and blatantly misused the omnipotent power of the law to secure an advantage over the citizens they ostensibly exist to serve.

8 thoughts on “On Volusia: Crushing Dissent in Deltona”